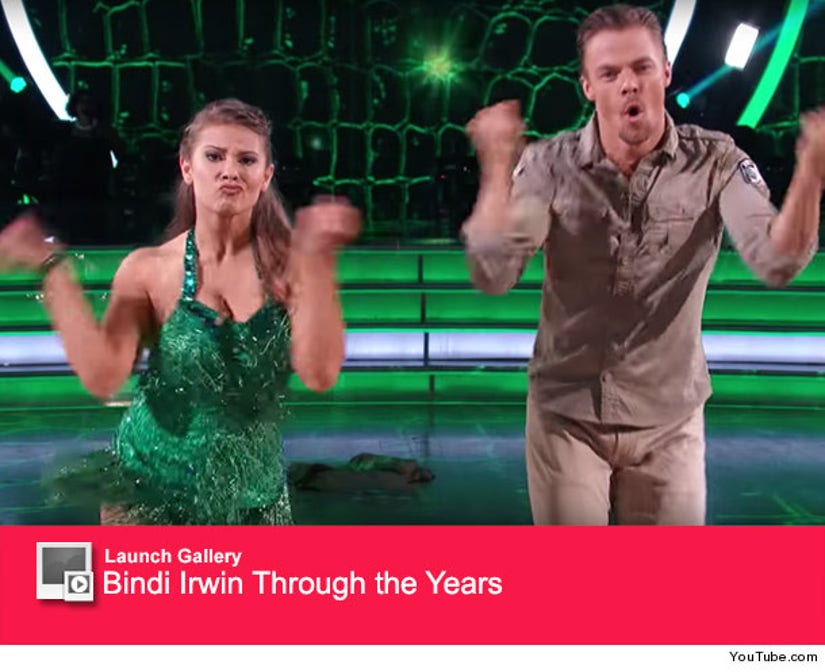 Crikey! She killed it!

Bindi Irwin made her ballroom debut Monday night on the season 21 premiere of "Dancing With The Stars" and paid tribute to her late father, Crocodile Hunter Steve Irwin.

Before the 17-year-old took the stage she opened up about the real reason she decided to strap on her dancing shoes for the show.

"My mum always said that anytime dad would watch me dance around the zoo that he would cry," she said in an interview. "I think that the real reason I'm doing this is to make him proud and everyone back at home in Australia proud."

Bindi and her partner Derek Hough then kicked off their first dance, a zoo-inspired version of the jive to Elton John's hit "Crocodile Rock."

The teen took the stage in a khaki dress which she later ripped off to reveal a green sequined and fringed mini dress.

Bindi received a standing ovation from the crowd, which included her mom Terri Irwin and brother Bob.

The judges were also impressed, giving her a top score that placed her in a tie with Backstreet Boys star Nick Carter.

We definitely think Bindi nailed her performance, but what do you think? Watch her dance in the video above then sound off below on if you think she's the early front runner!