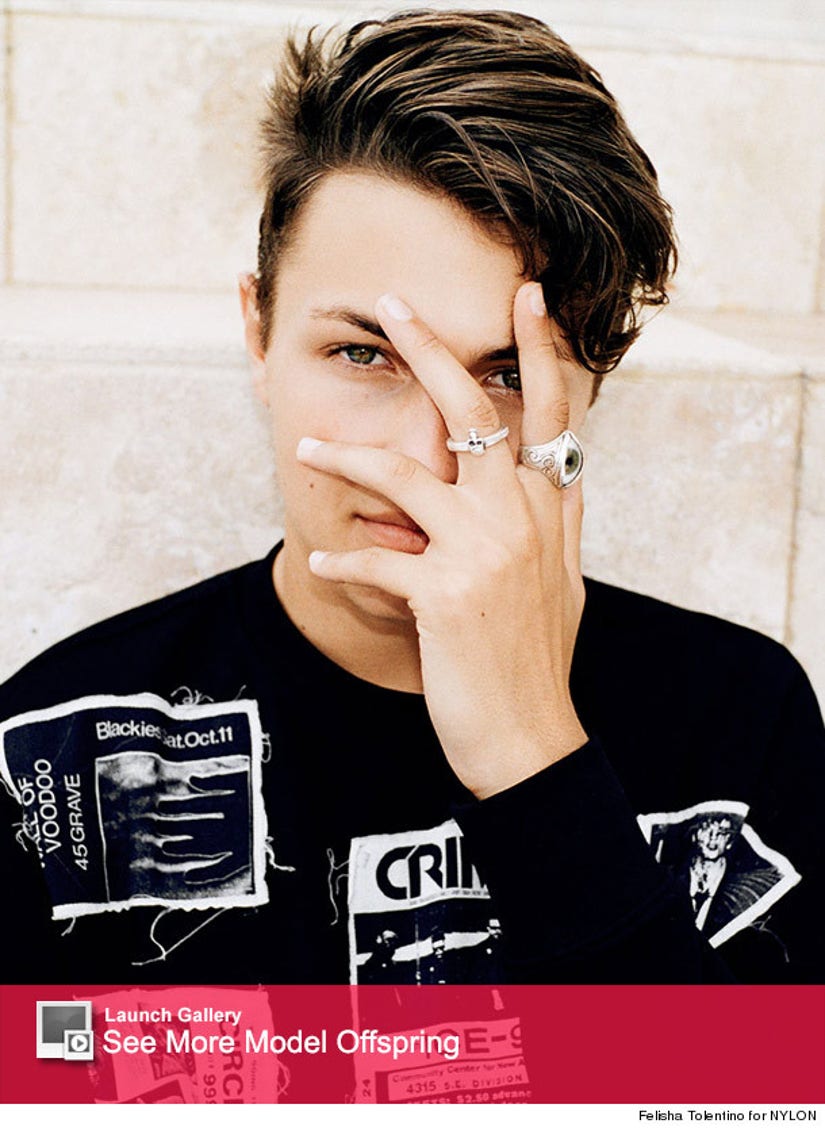 Gigi and Bella aren't the only good-looking Hadid kids!

Meet their younger brother Anwar, who appears in a new photo shoot for Nylon magazine's October It Girl issue as part of their "Guys We Heart" series.

While the 16-year-old is not as comfortable being in front of the camera as his sisters (yet), the teen certainly looks like he's inherited the model gene.

The shoot, done at his mom Yolanda Foster's Malibu home, features the teen standing against a stone wall as he covers half of his face with his hand. Anwar rocks a graphic print sweatshirt, an edgy hair cut and silver rings as he reveals his hazel eyes. 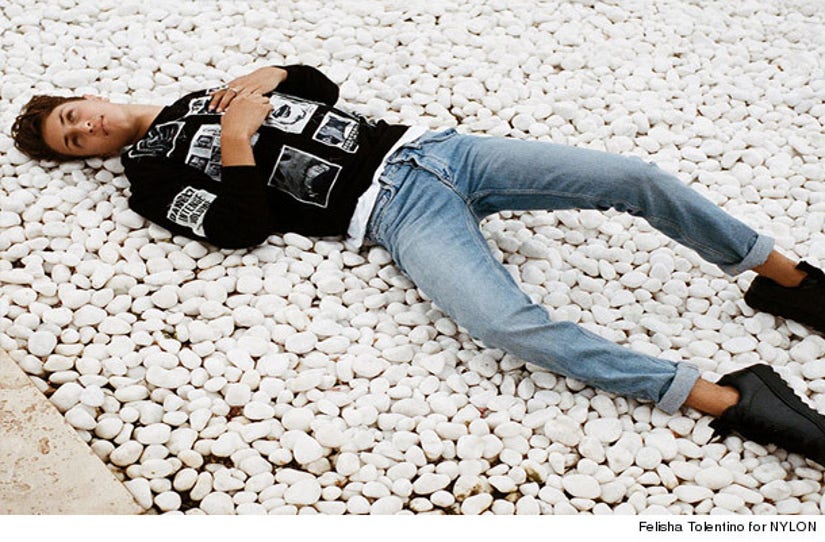 In the accompanying interview, the teen opens up about everything his famous big sisters and reality star mom have taught him.

"My family is my foundation," Hadid gushed. "My sisters are awesome; they probably taught me everything I ever need to know about girls. My mom is very liberal, but also old-fashioned when it comes to manners. She taught me to always be kind and treat others with respect."

Anwar also proves that he is just your typical teenage boy, as he reveals his love for old school hip-hop, the Lakers and playing soccer. He also says he gets excited about "anything from girls, cars, and climbing mountains to really good food."

And while he might not be following in the footsteps of any of the famous women in his family, he does have his own five-year plan, which he says includes going to college and deciding on a career.

Sound off below then click "Launch Gallery" for more celebrity offspring!