The "Hunger Games" stars have a lot of unique skills!

Josh Hutcherson, Liam Hemsworth and Jennifer Lawrence got extremely candid about some of their talents and nasty habits while chatting with MTV.

During the campfire convo, each of the stars played a little game of "Truth or Dare," where J.Law revealed some of the her and Josh's bad habits and Lawrence proved she can stuff an obnoxious amount of marshmallows in her mouth.

Check out the video above to see the trio's hilarious interview!

"What's the most disgusting habit of one of your costars," the interviewer asked Liam, after he picked "truth."

"Oh my gosh, Josh -- I can't name just one -- with the cricking of his neck and making that disgusting noise, he does spit bubbles when he is thinking ... it's cool, but it's spit," the Oscar-winning actress confessed. 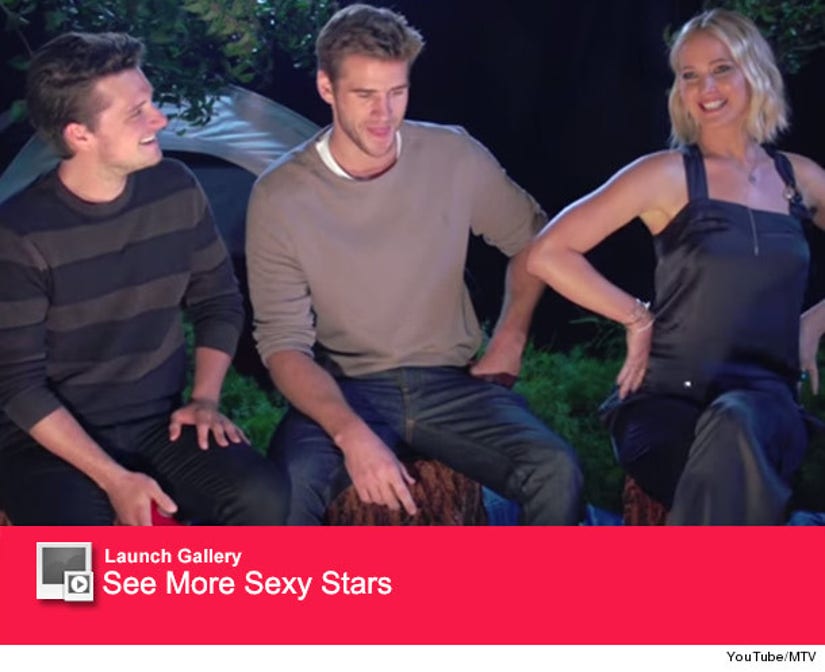 "[One of] my gross ones, is probably ... I don't wash my hands after I go to the bathroom," she added. "And then she likes to come back and literally puts her hands all over your face or in your mouth," Liam revealed.

That second one is actually really, really gross. Hygiene, Jennifer!

Later in the game, the actress also showed off her impressive eating skills -- and stuffed eight (!) marshmallows in her mouth.

The "Silver Linings Playbook" star's new BFF Amy Schumer also got in a question for Jen ... and asked if she's ever peed in a bidet.

"Oh, Amy. This is an ongoing conversation with me and Amy. I'll take it one step further -- I've peed in some sinks," Lawrence confessed. "When two girls go into a bathroom, someone's gotta take a sink!" she clarified.

The actress definitely knows how to keep things interesting -- what do you think about J.Law's candid comments? Sound off below and check out the gallery above to see more sexy stars!