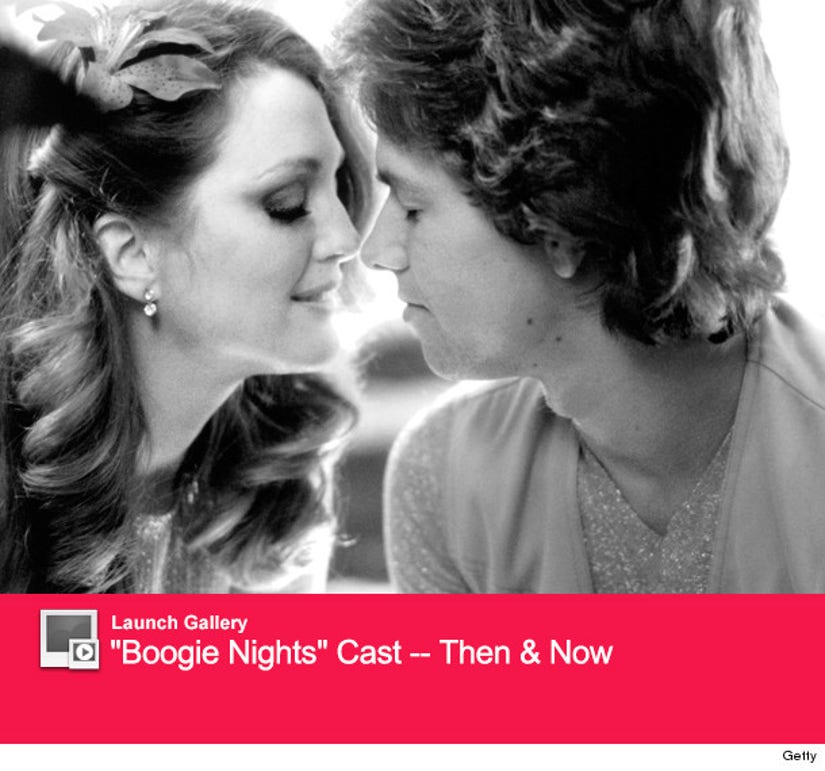 Julianne Moore is spilling the dirty details on her "Boogie Nights" sex scenes!

The actress stopped by "Watch What Happens Live" on Sunday night, where she was put in the hot seat about the most awkward love scene she's ever done.

Following a fan question, Andy Cohen pressed the 54-year-old star for more details about the iconic '90s movie, asking if it was her most "sexually" demanding role.

"Mark [Wahlberg] and I were doing this scene but then you pulled back and everybody else was watching us do the scene," she continued."That was challenging because of the size of the audience."

Later in the show, the red-haired beauty got even more candid when the host played a fun game of "hypothetical situations" with his guests.

Cohen asked Julianne who she would give her second kidney to -- "Still Alice" costar Kristen Stewart or "Maps to the Stars" costar Robert Pattinson.

"I'm gonna go with Kristen," she laughed. "She was in a movie with my husband when she was 12 years old," she added. "And Bart [Freundlich] would come home from work and say, 'This girl is amazing, she's a star, she's such a great actor, I can't believe it.'"

What do you think of Julianne's candid comments? Sound off below then click "Launch Gallery" for more of the "Boogie Nights" cast, then and now!