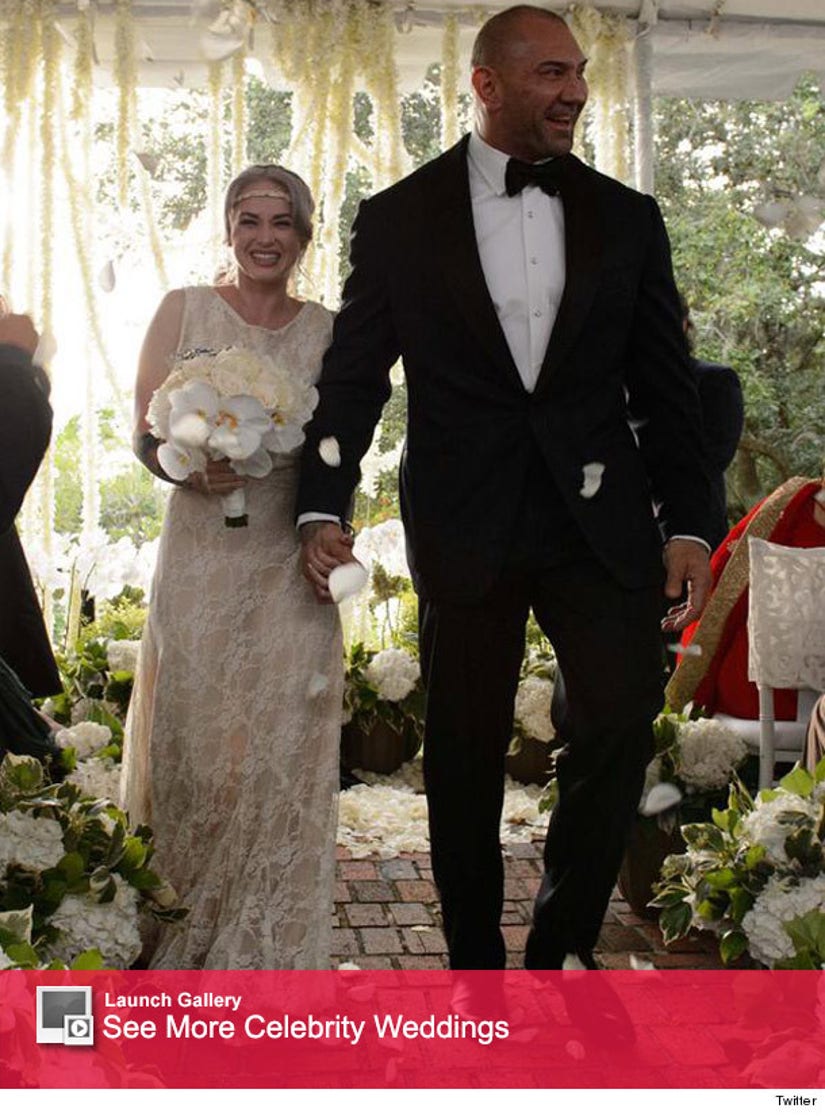 WWE star-turned-actor Dave Bautista (AKA Batista) just walked down the aisle for the third time, the "Guardians of the Galaxy" star announcing the news on his personal Twitter page Wednesday morning.

"DaveBautista and @SarahJadePole Bautista," he simply captioned a photo from their ceremony, along with a heart emoji.

In the pic, the giant star looks dashing as ever in a sleek black tux -- while his new wife, professional pole dancer Sarah Jade, is beaming in a sleeveless, white lace gown.

Bautista was previously married to a woman named Glenda in the '90s and has two children with her. He was also wed to Angie Bautista from 1998-2006.

As for his new bride, Sarah describes herself as a "classique style pole dancers with a love for high heels and body rolls."

She's self-taught and opened her own studio, Buttercup Pole Dance, in January 2012. She often takes her skills to competitions around the States.

See her in action below: