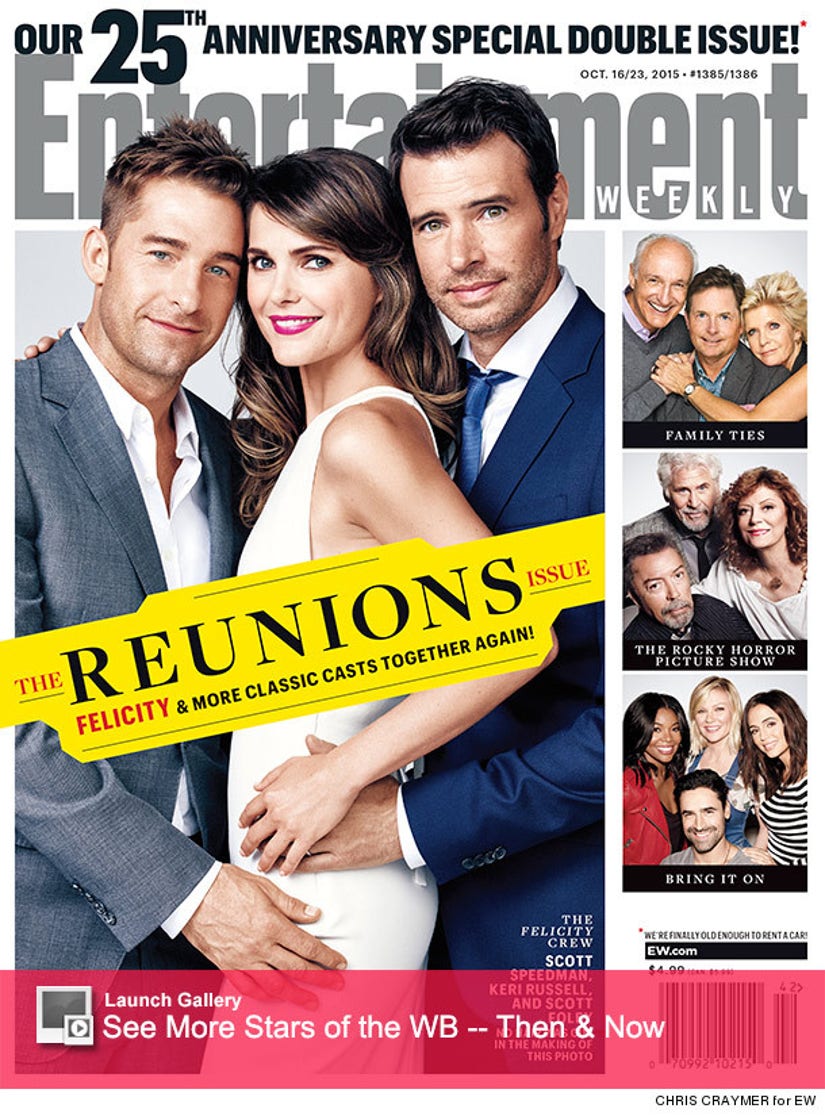 Felicity is back between her two favorite men!

On the cover shot, Scott poses next to Russell with his hand rested on her leg ... while Foley takes the other side of Keri as she holds his hand.

The popular TV drama -- which ran on the WB network from 1998-2002 -- followed the story of Felicity Porter (played by Russell) who, after asking high school crush Ben Covington (Speedman) to sign her yearbook, changes her post-grad plans and moves to NYC to attend the (fictional) University of New York in hopes of starting a romance with Ben.

Shortly after making the move, Porter finds herself in a love triangle with Ben and a new romantic interest, Noel Crane (played by Foley).

"To commemorate a quarter-century of EW, and to bring you our annual Reunions Issue, we've gathered some of the most memorable players from our collective pop culture history — many of whom are celebrating anniversaries of their own," Entertainment Weekly posted with the cover shot.

Inside the mag's 25th anniversary issue, EW also catches up with some of the stars from "The Rocky Horror Picture Show," "Bring It On" and "Family Ties."

The "Family Ties" crew appeared on "Today" this morning, where they reminisced on working on the classic series.