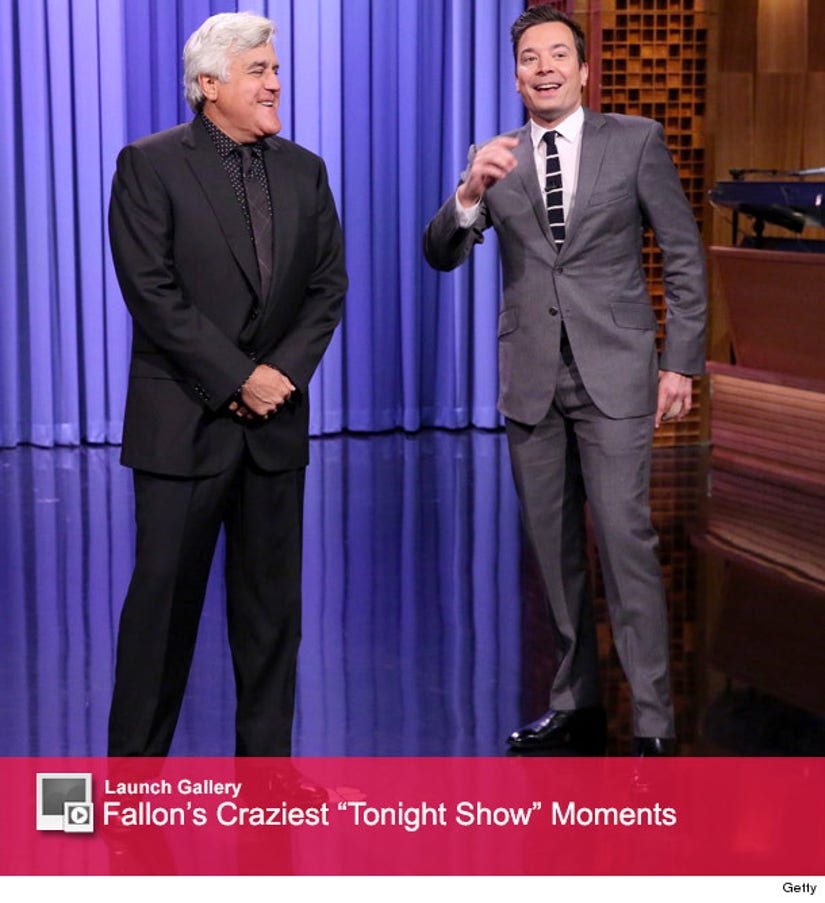 Jimmy Fallon delivered the opening monologue on "The Tonight Show" Tuesday before faking an injury and asking if someone could "tag in" for him.

There's only one person who could seamlessly fill his shoes: Jay Leno!

The late-night veteran took the stage, poking fun at the 2016 presidential race and taking a dig at the Kardashians.

"After that last debate, Marco Rubio is being called the best communicator in the Republican party, which is kind of like being the smartest Kardashian," the comedian joked. "He is not the only Hispanic running. No, no! Señor Jeb Bush is also running for president. You know, a lot of people think that when the Republican feud begins to clear, it'll be between Jeb Bush and Donald Trump—kind of like the race between the tortoise and the bad 'hair.'"

Leno also took aim at President Obama and the economy, and Fallon returned to the stage and joined in on the fun.

"The economy is so bad in California, in Beverly Hills parents are being forced to raise their own children. That never happens!" Leno joked.

Check out the hilarious clip above to see them in action!