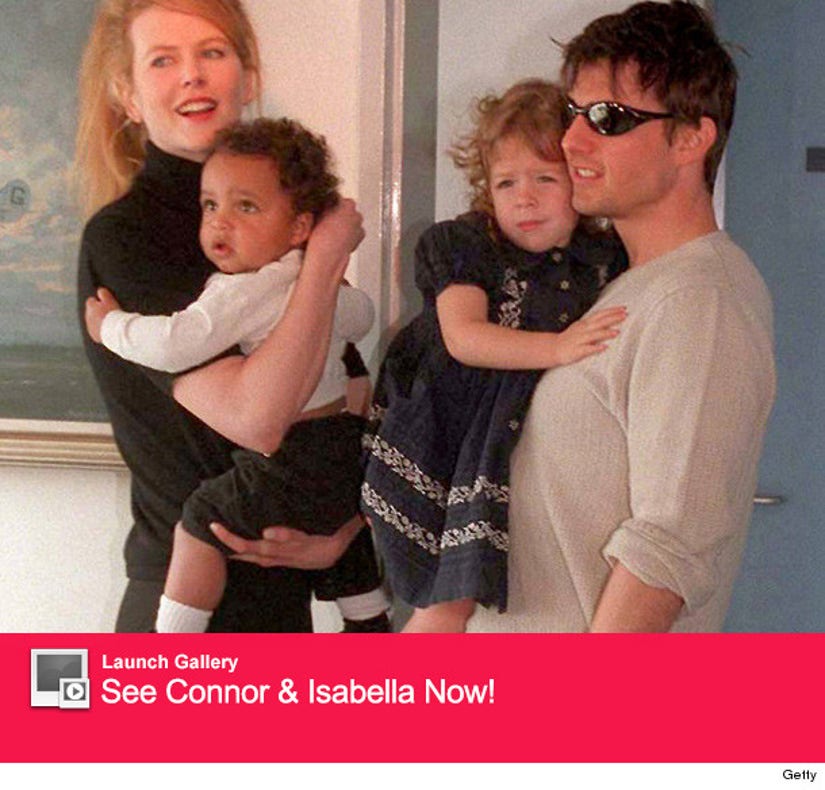 Nicole Kidman is getting extremely candid about some tough subjects -- namely, her very public split from Tom Cruise and her children with her ex and current husband Keith Urban.

The actress was a very special guest during the Women In the World Summit in London on Thursday, where she spoke openly about her struggles following her divorce, her career and having children through almost every avenue available.

Kidman was asked if the "difficult time" of her split from Tom unleashed creativity in her, as the separation was followed by roles in films like "The Hours" and "Moulin Rouge."

"I was running from my life at that time. I wasn't able to handle the reality of my life and as an actor, you have this wonderful thing where you can get lost in somebody else's life and become somebody else for a period of time," she revealed.

"I then embraced my own life and got myself together, it took a number of years," she continued. "That culminated in winning an Oscar [but] I was the loneliest I've ever been. That was a very strange thing to have happened ... then I went, 'I need to really hone in on what I want as a woman and for my life.'"

She says she's in an incredibly "fortunate, blessed place" now -- thanks in large part to her marriage to Keith Urban and the couple's two children.

"We got to know each other when we were married. We didn't know each other very well when we got married," she said during the Summit. "I wanted to have more children and that's happened for me. I was lucky, I got to have a child when I was 41. I then got to have a surrogate. I have two adopted children. I'm a mother who's experienced motherhood through many different avenues."

Nicole was then asked, "In having children all those different ways, is there difference in mothering each one?"

It's an interesting question, as we very rarely see Kidman with her two adopted children, Connor and Isabella. Isabella recently tied the knot -- and neither Tom or Nicole were invited to the wedding.

"There's no difference, because you love and the love is so profound," Nicole said in response. "Once you have that child you go, 'Ah, I'm willing to die for this person.' You see and you feel that, that changes everything."

See more from her candid conversation in the videos above.