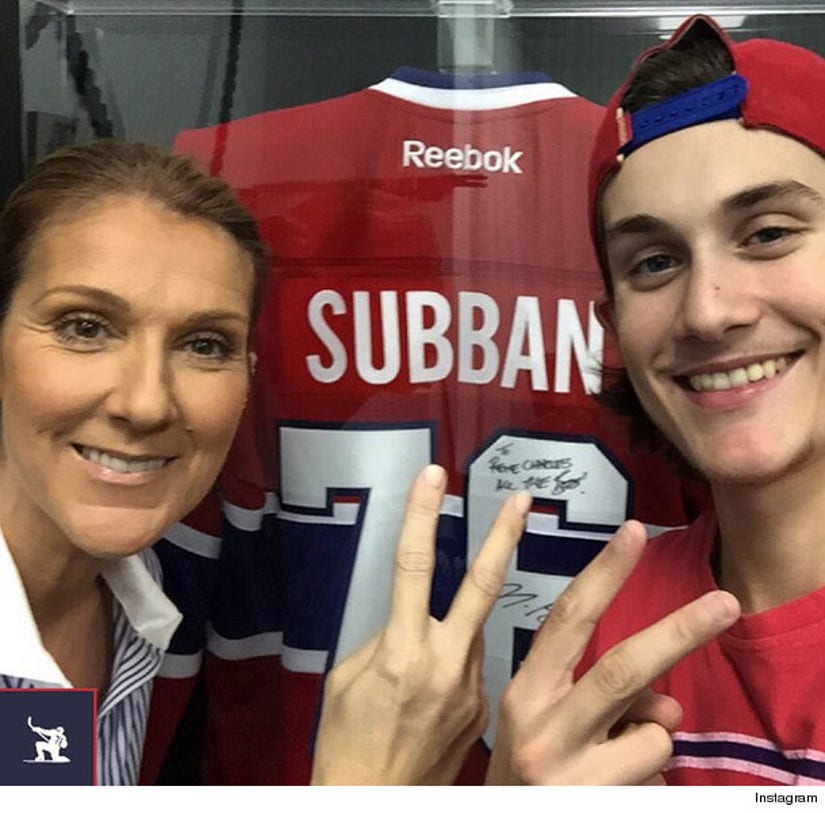 This is an incredibly rare treat.

Aside from one or two appearances in Las Vegas over the years, we haven't seen much of Celine Dion and Rene Angelil's three children out in public at all -- but that all changed in a big way this week.

On Wednesday, the "My Heart Will Go On" singer was photographed with the couple's 14-year-old son Rene Charles Angelil in a picture shared on Montreal Canadiens star P.K. Subban's Instagram account. In the photo, Rene-Charles and his famous mama are holding up four fingers, as part of a countdown to the launch of Subban's new website.

It's unclear when the photo was taken, but it's the first shot we've seen of Rene since 2011, when he and younger twin brothers Eddy and Nelson appeared at a press event for the launch of Dion's second Las Vegas residency. 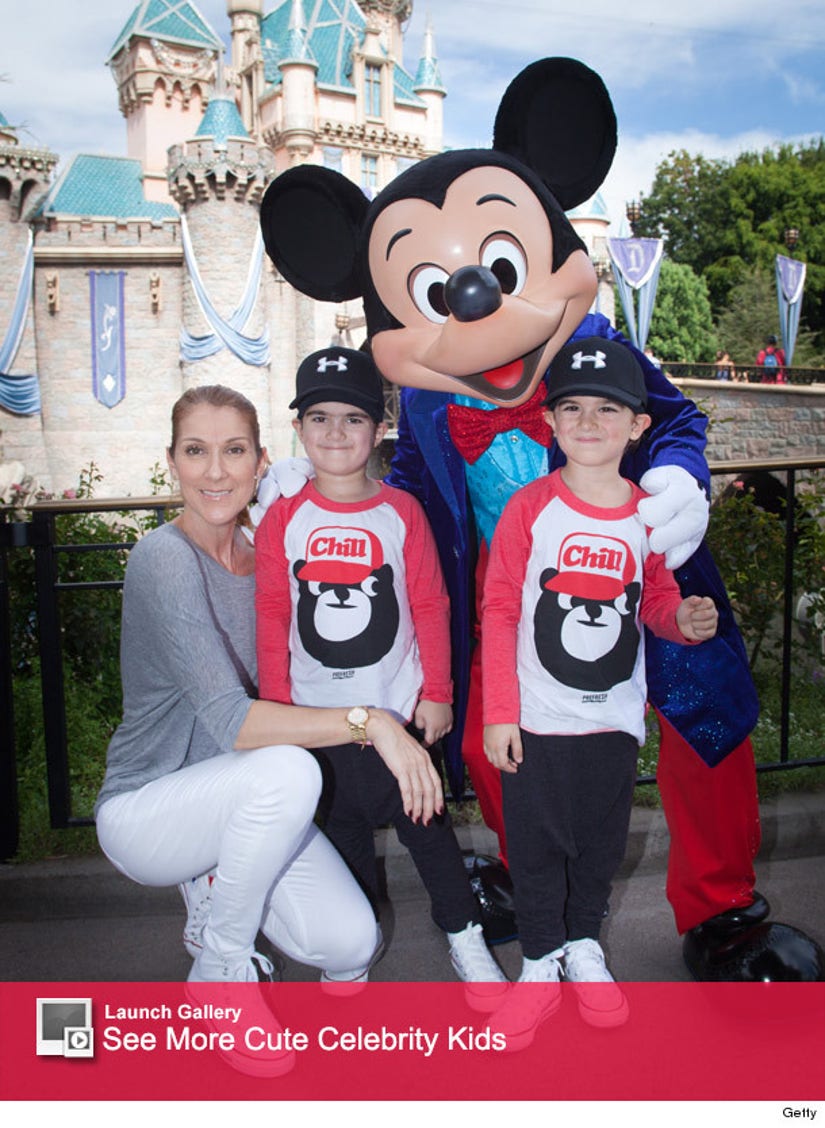 As if this photo wasn't enough though, Dion also stepped out with the two younger boys this week too!

Celine, Eddy and Nelson posed for a photo with Mickey Mouse at Disneyland in Anaheim, California on Wednesday, as the trio celebrated the boys' upcoming fifth birthday. The two were born on October 23, 2010.

Celine resumed her residency at Caesars Palace in August, after she took time off to be with husband Rene Angelil, who is fighting throat cancer.

Back in August, Dion told USA Today that the couple's eldest son was becoming "the man of my life," adding that the twins "don't know their father in any other state."

"You can have your shaking knees at the end, but when someone you love falls and needs help, it's not time to cry," she concluded. "Afterwards, sure. But not yet."