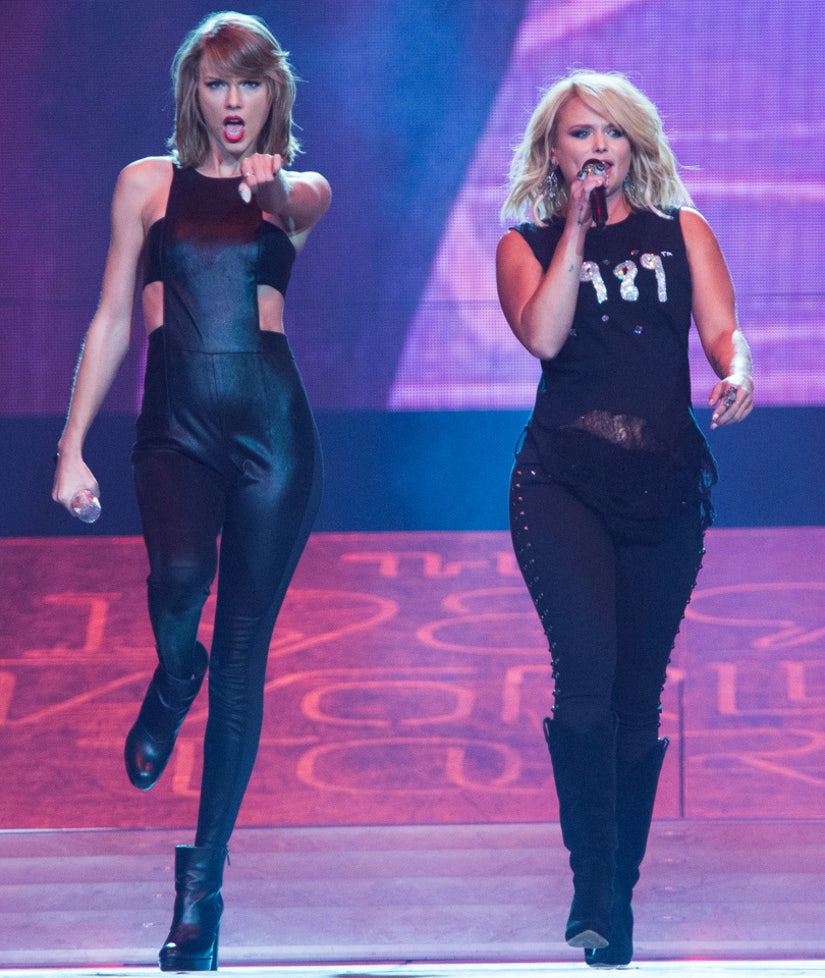 Taylor Swift has been the queen of surprise guests during her "1989" tour -- and on Wednesday night, she was joined by country star Miranda Lambert for her show in Greensboro, North Carolina.

The "Bad Blood" singer paid homage to her country roots and joined the 31-year-old star in a duet of the hit song "Little Red Wagon" from her 2014 album, "Platinum".

During the performance, T. Swift rocked a black cut-out bodysuit and booties while Miranda donned a custom 1989 tee, a pair of studded jeans and suede cowboy boots.

The "Style" songstress took to Instagram to share a video of the pair singing in the packed stadium with the caption, "YOU CAN'T RIDE IN MY LITTLE RED WAGON @mirandalambert."

The "Automatic" singer isn't the only surprise celebrity guest Taylor has welcomed onto her stage during her tour. Ellie Goulding, Dierks Bentley, Nelly, Selena Gomez and Justin Timberlake are just a few of the names to perform with the pop star.

Earlier this week, it was announced that Miranda will make her first joint appearance with ex Blake Shelton at the 2015 CMA Awards.

The pair announced they were divorcing after four years of marriage back in July but have seemed to keep their relationship amicable. Both are nominated and will perform during the award show which airs November 4th.

What do you think of Miranda's surprise performance? Sound off below then click "Launch Gallery" for more sexy country singers.