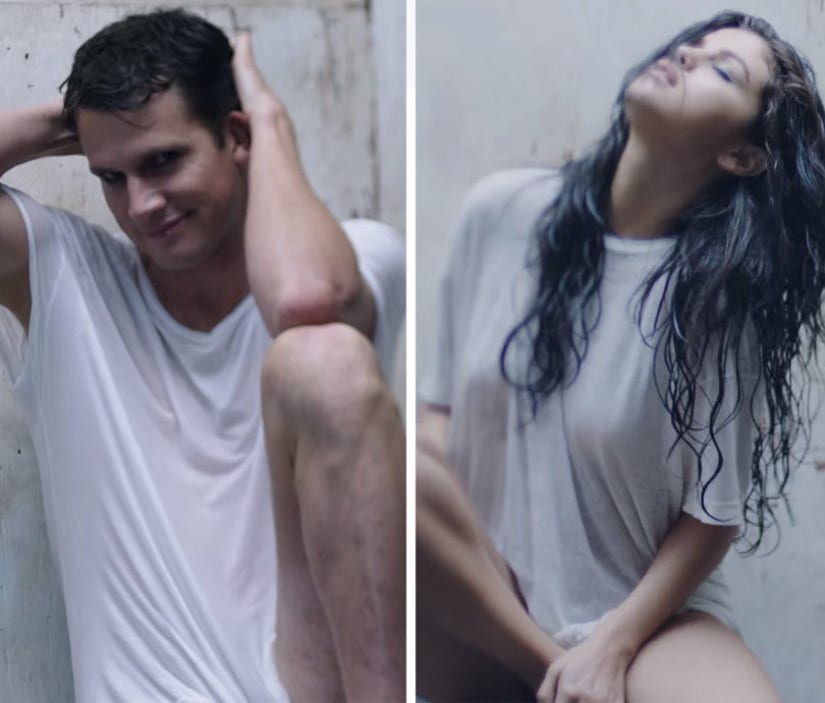 Who knew Daniel Tosh was such a big Selena Gomez fan?!

In the hilarious tribute, Tosh rocks a number of sexy looks -- from Gomez's silky pink kimono to just a white T-shirt.

The clip also features a cameo from Carrot Top, who lip-syncs A$AP Rocky's rap on the pop track.

The Comedy Central star shared the imitation via Twitter on Wednesday, where he revealed why he decided to spoof Selena's sultry video.

"Why? because I know every word to the @selenagomez song 'good for you' and I have lots of money," he tweeted.

We'd love to see Daniel do more parody videos like this! What do you think about Tosh's "Good For You" spoof? Sound off below and check out the gallery above to see more sexy stars!