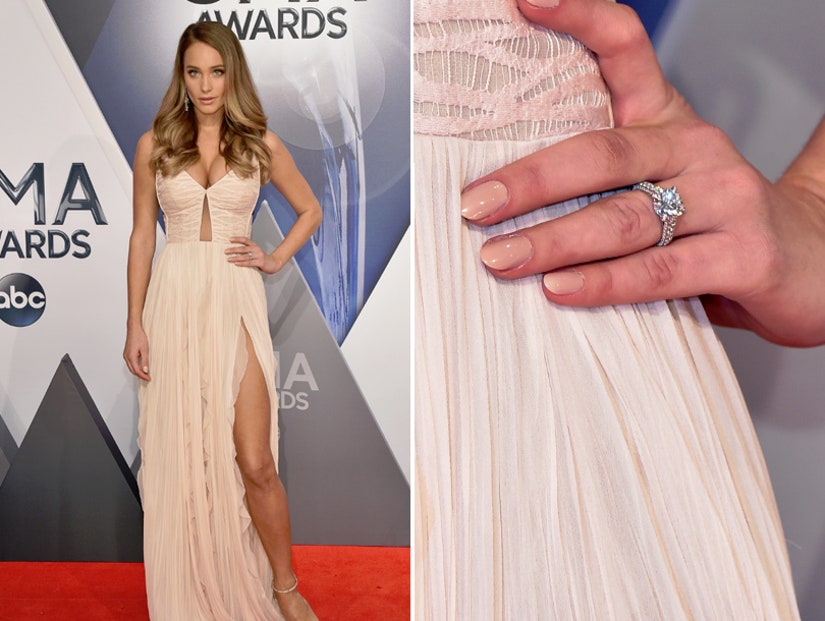 The 25-year-old and the former New York Yankees star got engaged in October and celebrated the big news in Napa, California.

While Jeter's known for being notoriously private, he did confirm that the couple were in fact engaged during an interview with The Players' Tribune earlier this week, while discussing his adorable pup.

"He was a Christmas gift last year from my fiancee, whose family had Mastiffs growing up," Jeter said during the interview on Tuesday.

How could Davis say "No" to a rock like that?

What do you think about Hannah's red carpet appearance? Sound off below and check out the gallery above to see more red carpet photos from the 2015 CMAs!