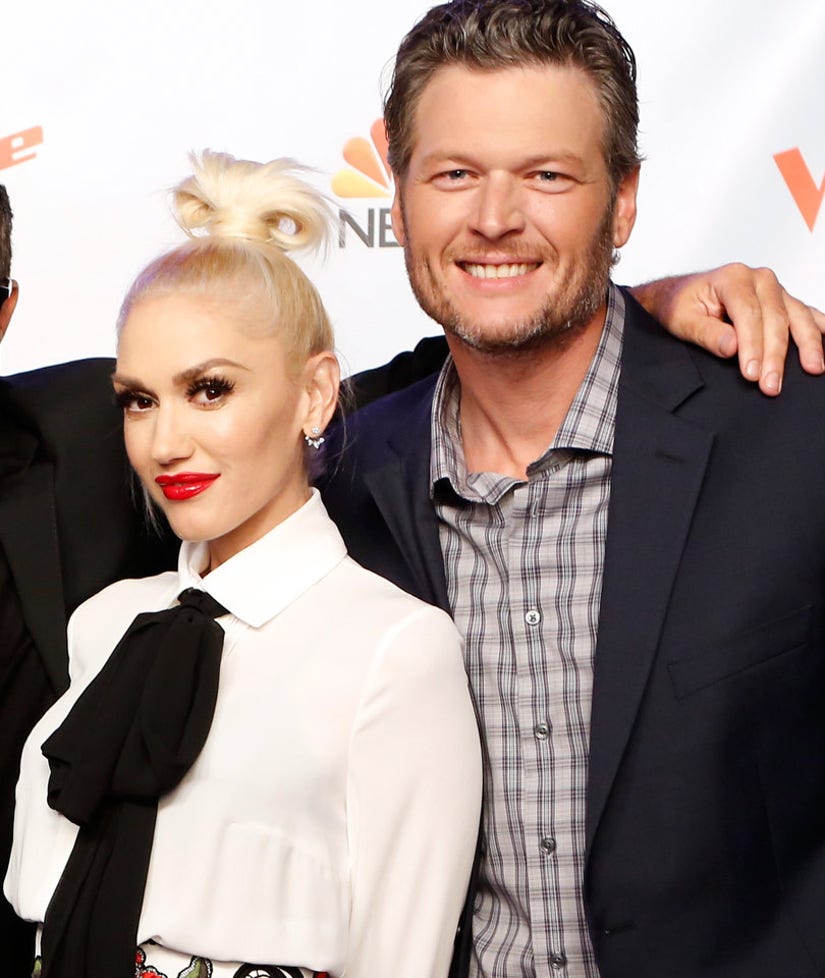 Gwen Stefani isn't ready to get candid on her love life just yet!

The "Used To Love You" singer got raw and honest in an interview with On Air With Ryan Seacrest on Tuesday, opening up about her split from her husband of 13 years, Gavin Rossdale and addressing rumors she's dating her "Voice" costar Blake Shelton.

The 46-year-old and the country star have been the subject of hookup rumors for several weeks, but over the weekend, the pair added fuel to the fire when they were spotted getting extra cozy at several Halloween parties.

While the songstress has said the two were "just trying to have fun," she got coy when Seacrest asked her about the rumors.

"Who is Blake? That country guy?" Gwen asked. "I think that NBC did that, right? Two divorced people at the same time."

When the host pushed Stefani further, asking point blank if her and Blake are an item, the former No Doubt rocker gave a very interesting response!

"I'm not going to answer that right now, Ryan. I think I've given up enough of myself this morning to you, but I think he's hot, don't you? But to be super honest, it is kind of crazy like we both went through the same thing at the same time," she added of Blake's divorce from country singer Miranda Lambert.

And while the mom-of-three isn't copping to anything just yet, she reveals that she's been focusing on herself and her spirituality during the emotional time.

"I feel like if you're listening and you're praying you get pointed in the right direction. My main thing right now is being grateful," she said. "I'm living in the moment, you know what I'm saying? I'm actually so grateful just to feel so alive. Honestly, I'm feeling everything so much and that's great. The sadness, the happiness, the extremes are really extreme right now."

What do you think of the Gwen and Blake rumors? Sound off below then watch Gwen's full interview above!