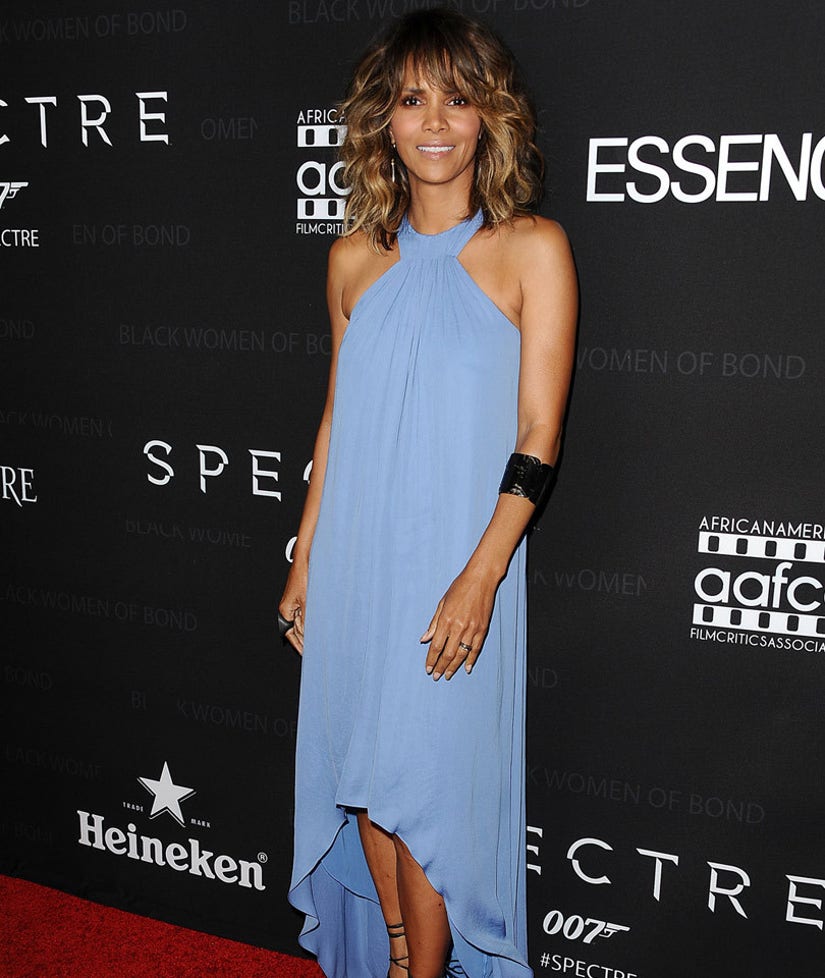 Halle Berry is single and sexy!

The 49-year-old star hit the red carpet for the first time since her divorce announcement on Tuesday night at the "Spectre: The Black Women of Bond" tribute in Los Angeles.

The actress looked gorgeous as she posed for pictures in a pale blue halter dress with a high-low hemline. She completed her look with black strappy sandals, tousled waves and a black bangle.

It's been a week since she officially split from husband Olivier Martinez -- and, while there was a sparkler on that finger, it wasn't her wedding band.

Last week, the couple issued a joint statement about the end of their relationship. "We move forward with love and respect for one another and the shared focus for what is best for our son," they said. "We wish each other nothing but happiness in life, and we hope that you respect our, and most importantly, our children's privacy, as we go through this difficult period."

Not only is Halle dealing with her divorce in the public eye, but she also was the target of some negative tweets from her ex-husband, David Justice.

He blasted his ex and her team for trying "to destroy my character," mentioning her other exes, Martinez, Gabriel Aubry and Eric Benet in a since-deleted tweet. He said they were all her "Knight in Shining Armor" until the relationships ended.

Benet added fuel to the fire with this response: "My man at @23davidjustice is tweeting some truth dis' mornin'!"

It looks like Halle is trying to stay positive in this difficult time. What do you think of all of this drama? Sound off below!