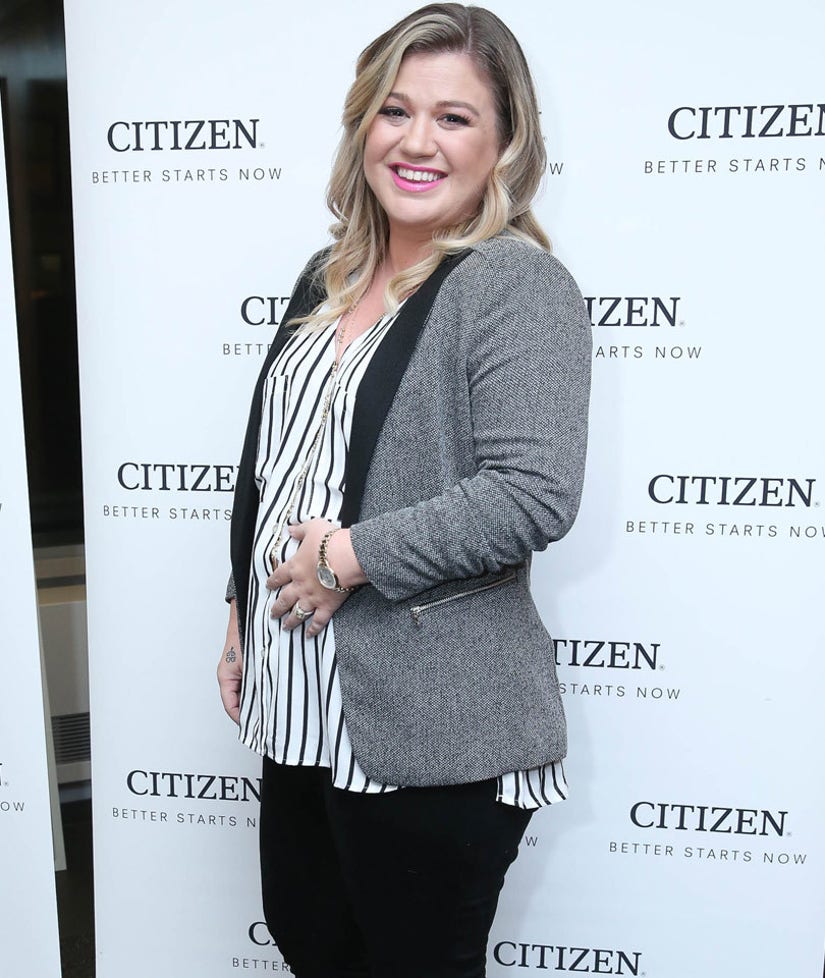 The mama-to-be flaunted her growing belly on the red carpet for the first time at Citizen Watch Company's offices in New York City.

Sporting a striped button-down, gray blazer and black pants, the "Heartbeat Song" singer looked adorable as she cradled her stomach. Look at that big grin!

The "American Idol" winner, who announced she's expecting her second child with husband Brandon Blackstock during one of her concerts in August, recently revealed the baby's sex on Instagram. 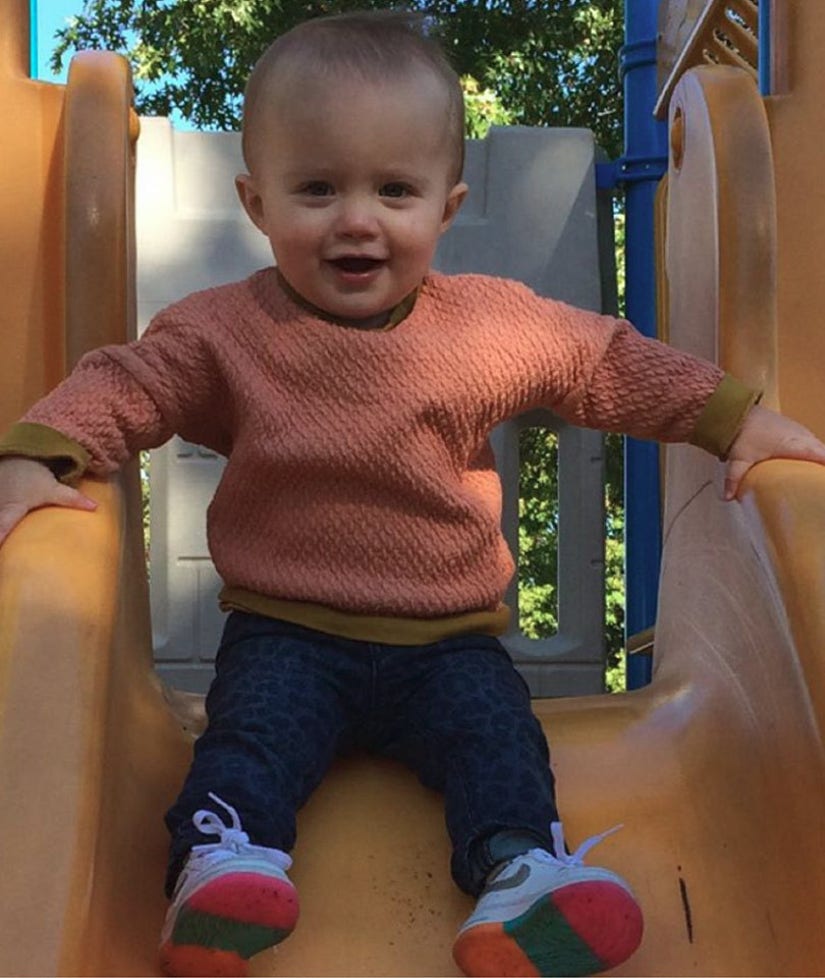 "River's gonna have a little baby brother :) #itsaboy We're so excited!" the proud mama captioned the photo of her daughter smiling on top of a plastic slide.

Clarkson also has been sharing her cravings with her fans over social media -- and she's making us hungry!

"I want a giant plate of pickles, green olives, cheese, and crackers.....like right now. #preggerprobs," she wrote on Twitter.

The pop star has been enjoying the perks of pregnancy since she had to cancel the remainder of her "Piece By Piece" tour dates.

We can't wait to see River with her little brother!