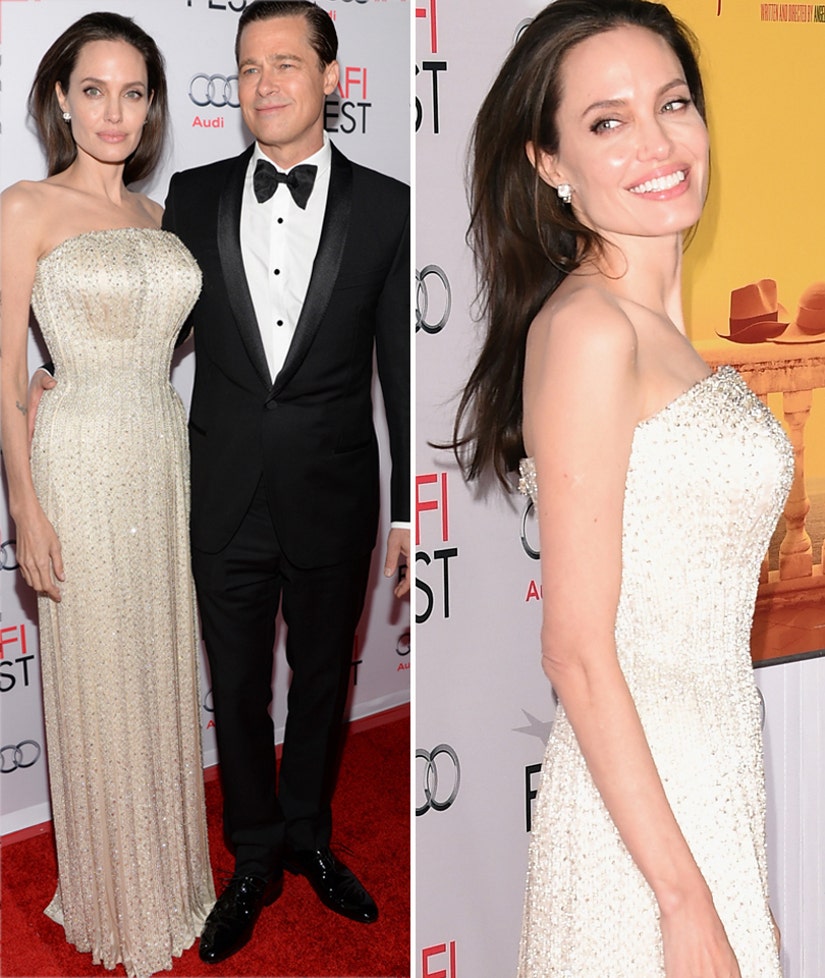 Angelina Jolie and Brad Pitt brought their star power to the Los Angeles premiere of their new movie, "By the Sea."

The mother-of-six stole the spotlight in a metallic strapless, beaded gown by Atelier Versace, which showcased her teeny tiny waist. She paired her glamorous gown with platinum and diamond stud earrings by Robert Procop, a sleek 'do and her handsome, tuxedo-clad husband on her arm.

Even though the movie -- which was written, directed and produced by Jolie -- follows the story of a couple on the rocks, Brangelina looked more in love than ever on their big night.

Angie opened up about the dark drama in the November issue of Vogue, where she clarified that the film is not based on her relationship with Brad.

"It's not autobiographical," she told the mag. "Brad and I have our issues, but if the characters' were even remotely close to our problems we couldn't have made the film."

When the Pitts aren't filming a movie or hitting the red carpet, they are "often dorky Mom and Dad."

"When Angie has a day off, the first thing she does is get up and take the kids out. This is the most important 'to do' of the day," Pitt recently told WSJ Magazine. "No matter how tired she might be, she plans outings for each and all. She has an incredible knack for inventing crazy experiences for them, something new, something fresh. I may be the bigger goof of the pair, but she invents the stage."

Jolie also talked about their normal, domestic life. "We wake up, we make breakfast. In our domestic life, we're Mom and Dad. And often we're dorky Mom and dad, which the kids find ridiculous," she said.

Check out the power couple on the big screen when "By The Sea" hits theaters November 13.