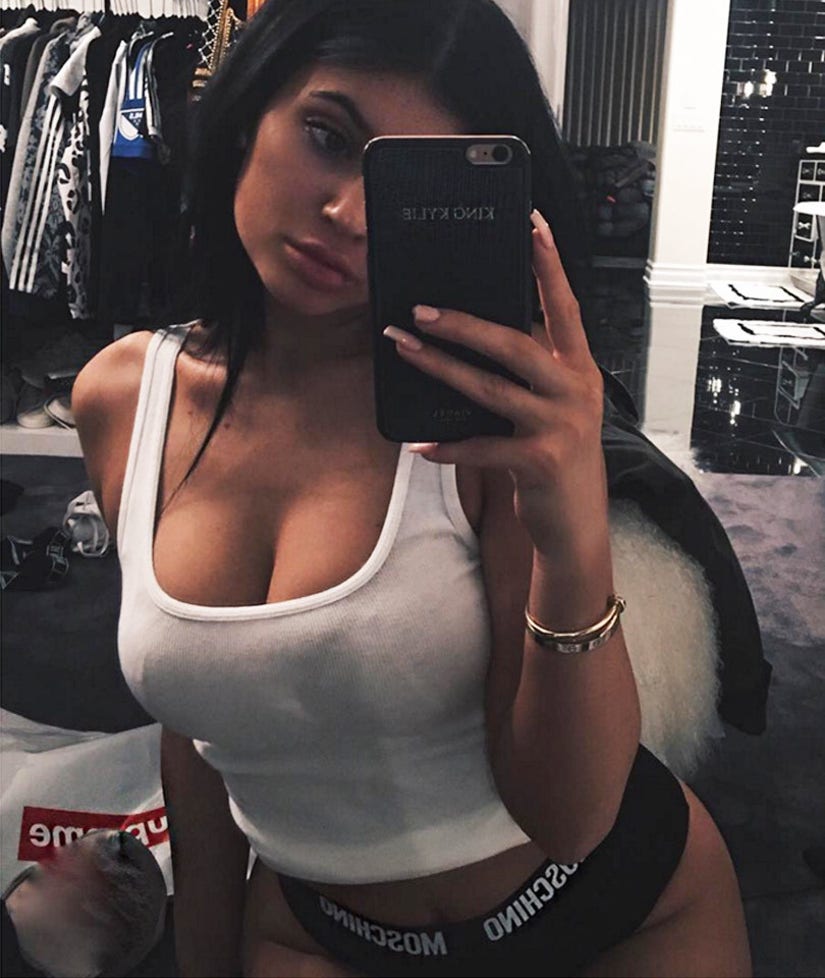 It was Kris Jenner's birthday, but Kylie Jenner was the one stripping down to her birthday suit.

The 18-year-old reality TV star posted a pretty revealing selfie on Thursday, showing her in little more than a white tank top and Moschino underwear while flaunting some crazy cleavage and her "King Kylie" iPhone case.

She captioned the sultry snap with a strawberry emoji and the message "ps broken nail." Yep, this is the kind of photo Kylie shares to let all her 41.5 million Instagram followers that she broke a nail. If you can't spot it, the middle one is busted.

The budding fashionista recently opened up about her lip injections and rumors about her bod in a new interview with Elle Canada.

"When I got my lips done, I literally told no one! I didn't tell my best friend or even the guy I liked at the time," she tells the mag. "I really thought it was no one's business. My mom was super against it, but I begged her and begged her and she finally let me do it."

"After I did them, I thought it was so obvious that I didn't have to say anything. I never denied it because I always told my publicist 'no lip questions,' so no one ever asked me," she adds. "I never said I got them done, but I never denied it either. But people thought I was such a liar!”

And then the rumors just kept on coming. "Yeah, then people were saying I got my chin reconstructed, that I got a nose job, an eyebrow lift, I got my boobs done, this and that. So I wanted to come out and say that this is crazy and I only got my lips done," the 18-year-old declares. "I don't think people realize that I just turned 18. There's no way my mom or any doctor would let me go under the knife like that—that's just so crazy!"

You buying it? Sound off below!