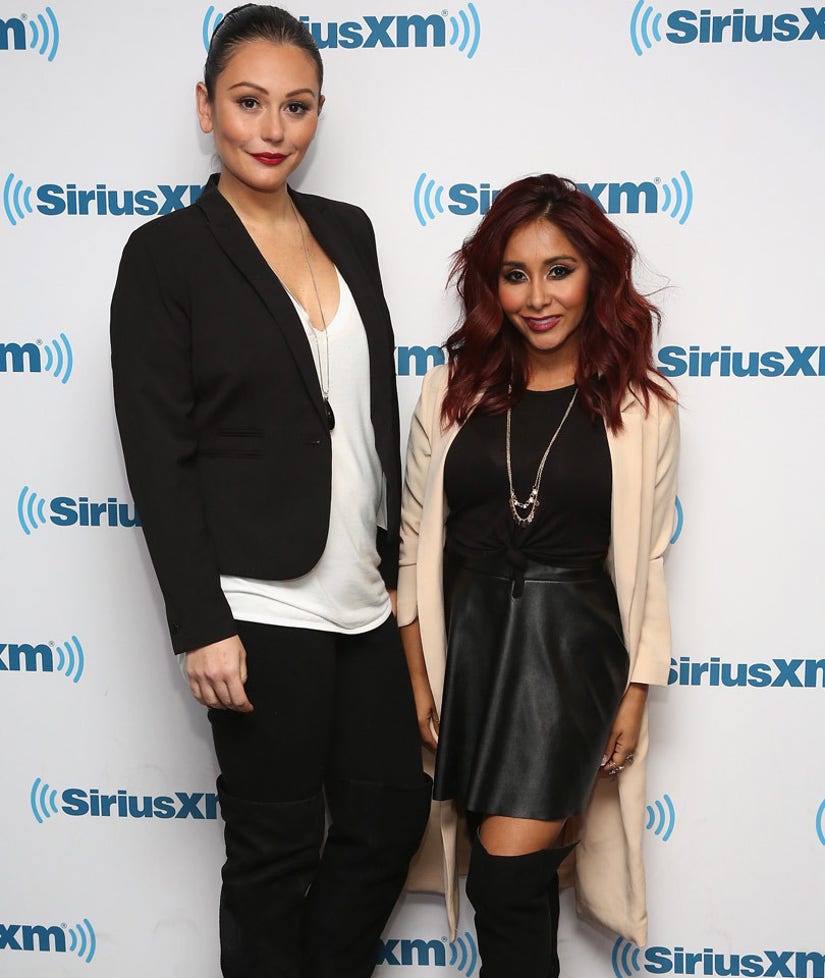 Jenni Farley put her growing belly on full display during a press stop with Snooki at Sirius XM in New York City on Tuesday.

The reality star documented her day on her website, joking that she was happy that "her son cooperated and I did NOT throw up on a reporter."

"It was a 5AM call time which meant we had to be all ready for the cameras before then," she added. "DEATH getting out of bed that early in the morning! Dark and cold! It was all worth it to talk to everyone and announce our amazing new project with @awestruck #MomsWithAttitude."

The on-and-off screen BFFS are reuniting for a new web series, "Snooki & Jwoww: Moms With Attitude," which will reportedly show them "drinking wine, getting makeovers, demonstrating DIY crafting tutorials."

"I like sex mid-day," JWoww says in the show's trailer. "I like sex whenever I can get it," Snooki retorts.

Check out the hilarious teaser above, and don't miss the show's premiere on November 13 on AwesomenessTV.