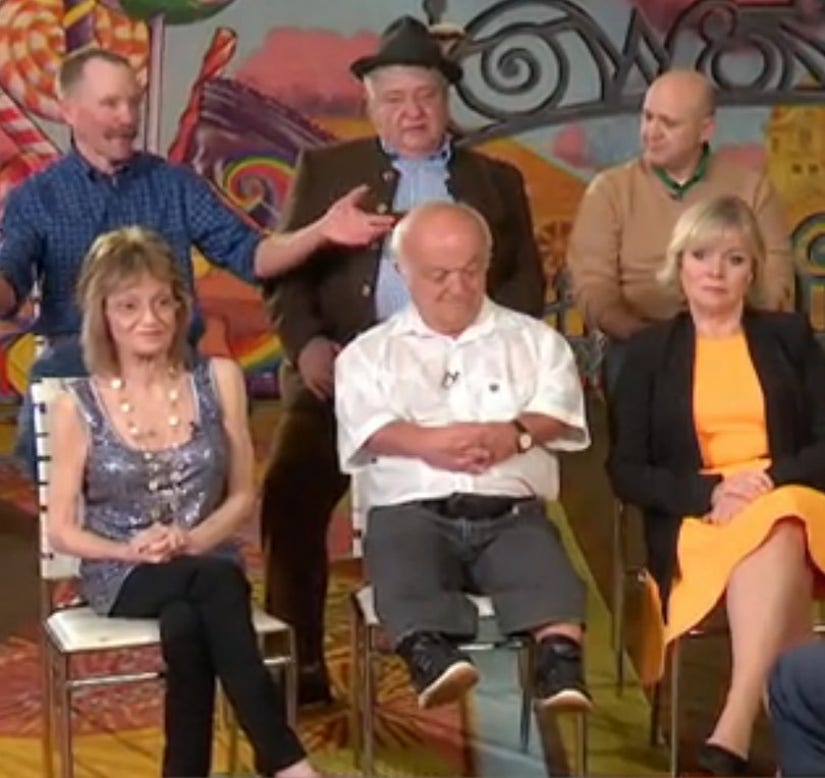 It's been 44 years since "Willy Wonka & The Chocolate Factory" graced the big screen -- and the movie's most famous faces reunited for a special segment on Wednesday's "Today" show.

"We think of ourselves as a family," Paris Themmen, who played Mike TeeVee in the flick, explained. "Maybe a bit of a dysfunctional family."

But it's not just the cute kiddies of the fantasy film that have stayed connected after all of these years -- Rusty Goffe, who played one of the Oompa Loompas, was also on-hand for the reunion. "It's scary for me, because when we made the movie, they were kids."

"Now look at us!" Denise Nickerson (aka Violet Beauregarde) exclaimed.

It also sounds like the cast had a blast working on the movie, too! They did get to live every child's dream: Hanging out in a room full of sweets and the freedom to do whatever you want.

"It's fun to be bad and to be encouraged to be bad," Julie Dawn Cole (Veruca Salt) remembered. "Usually your parents are telling you, 'Don't do this. Don't do that.' And we had Mel Stuart, our director, saying, 'Be meaner,'" she said.

The group also spilled some details about the amazing set -- remember that chocolate river? Yeah, that was fake.

Nevertheless, each of the stars said they would all do the movie again if they could. "Everybody could be so lucky to have an experience like this," Peter Ostrum said.

We love seeing the cast together again -- what do you think about their comments? Sound off below and check out the gallery above to see more child stars then and now!