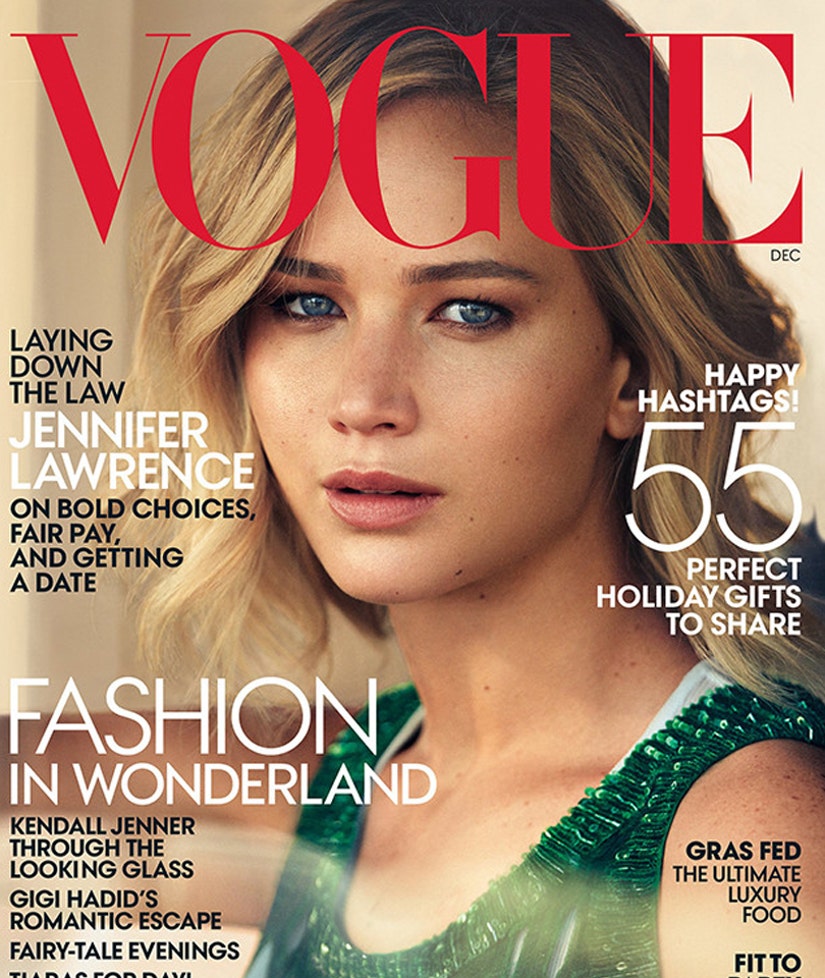 Love her or hate her -- Jennifer Lawrence never holds back.

The "Hunger Games" star graces the cover of the December issue of Vogue in a profile that covers everything we'd want to know about Jen and then some.

While she's arguably one of the most popular actresses in Hollywood, J.Law is still wary about her future. "It's scary," she tells the mag, "because it will go away. I will have a flop."

While she continues to thrive career-wise, the 25-year-old star hasn't been so lucky when it comes to love. She's been solo since her split from Chris Martin.

"No one ever asks me out," she says. "I am lonely every Saturday night. Guys are so mean to me. I know where it's coming from, I know they're trying to establish dominance, but it hurts my feelings. I'm just a girl who wants you to be nice to me. I am straight as an arrow. I feel like I need to meet a guy, with all due respect, who has been living in Baghdad for five years who has no idea who I am." 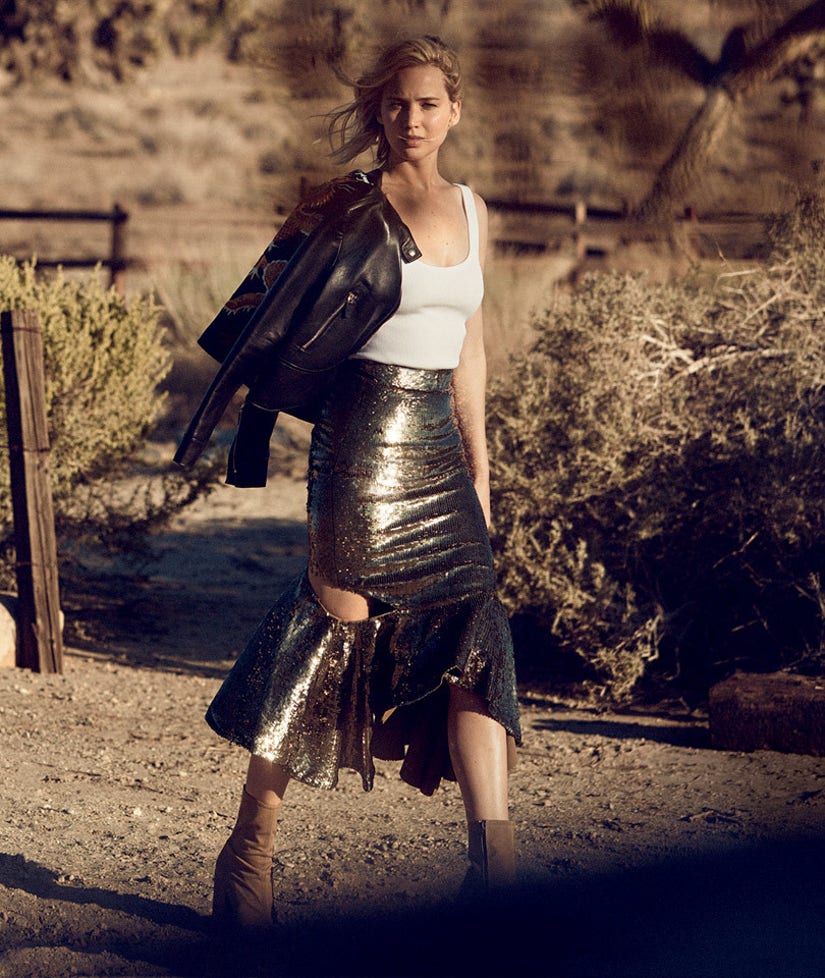 Lawrence also talks about an ex-boyfriend whom she describes as "sexy," and then says, "but I didn't like how he made me feel. When someone makes you insecure, it's strangely exhilarating because you keep trying to fight for that validation. It's what you want to have before you get married, so that you don't seek it out once you are."

The newly-platinum blonde beauty even jokes about the "lack of magic" in her bedroom. "This is where the maaagic haaaappens," she jokes while showing off her room. "Literally zero magic has happened in here. Cheers to my hymen growing back!"

Jennifer likes to stay busy, so taking some well-deserved time off isn't always the best thing for her. "Downtime is normally the bane of my existence," she explains. "It makes me depressed, not relaxed. But I was actually enjoying myself this time." And what does she like to do? "Hang out. Drink wine. I've got a bunch of friends who live really close, thank God. And I've made friends with Mila [Kunis] and Ashton [Kutcher], two doors down. They're awesome. I go over there uninvited. They're probably getting pretty sick of me." 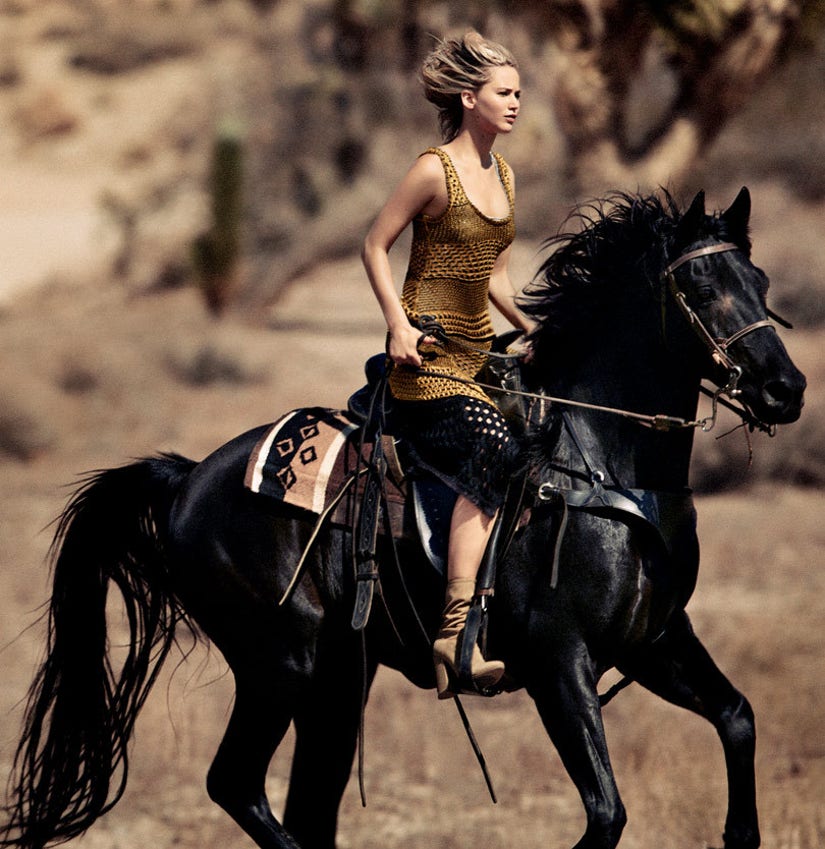 And while she loves her famous neighbors now, there's one newsworthy woman from her home state of Kentucky she's happy to distance herself from: Kim Davis.

"Don't even say her name in this house,” she said, lumping the clerk in with "all those people holding their crucifixes, which may as well be pitchforks, thinking they're fighting the good fight. I grew up in Kentucky. I know how they are."

There's even more to this interview -- read the full article in Vogue when it hits newsstands on November 18.

And be sure to check out her hilarious Britney Spears impression and find out how she goes her own lighting for photoshoots in the amazing on-set video below.