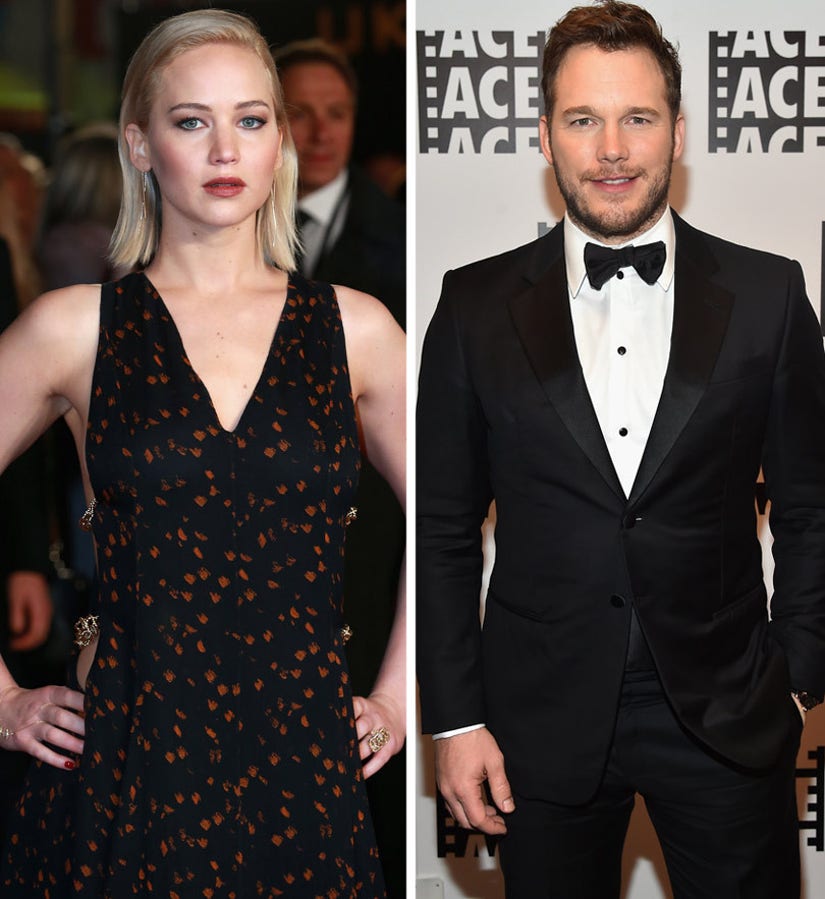 The "Hunger Games" star opens up about a hot and heavy scene with Chris Pratt in her upcoming flick "Passengers" during an roundtable with The Hollywood Reporter.

"I had my first real sex scene a couple weeks ago, and it was really bizarre. It was really weird," she explains.

"No, no. Thank you for clarifying. It was weird. And everything was done right; nobody did anything wrong. It's just a bizarre experience," J-Law continues.

When asked how she prepared for the scene, she says she got "really, really drunk" beforehand ... and then was crushed by anxiety afterwards.

"I was like, 'What have I done? I don't know,'" she continues. "And he was married. And it was going to be my first time kissing a married man, and guilt is the worst feeling in your stomach. And I knew it was my job, but I couldn't tell my stomach that. So I called my mom, and I was like, 'Will you just tell me it's OK?' It was just very vulnerable. And you don't know what's too much. You want to do it real, you want everything to be real, but then ... that was the most vulnerable I've ever been."

Pratt, of course, is married to "Mom" star Anna Faris.

In "Passengers," Chris stars as a man who wakes from a cryogenic sleep chamber decades too early ... and decided to wake up another passenger (Lawrence), so he doesn't have to be alone.

The flick isn't due out until December 2016 -- but this little anecdote definitely has us excited about it already!