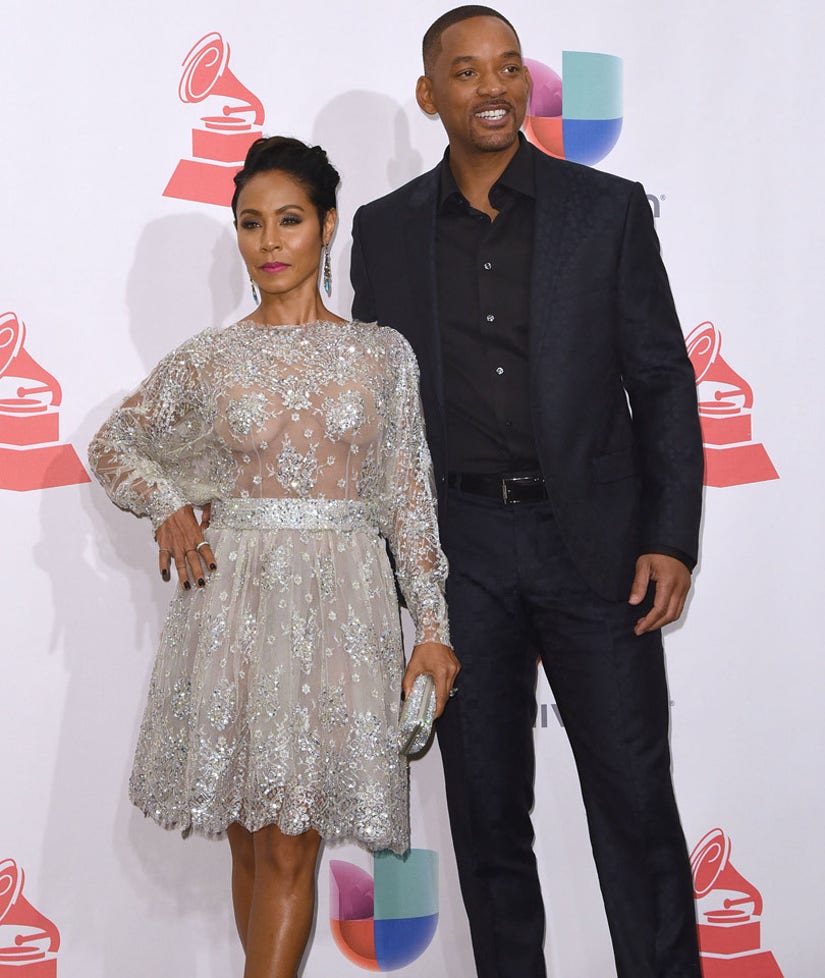 Now, this is how you make a statement!

Jada Pinkett Smith had all eyes on her at the 2015 Latin Grammy Awards on Thursday night, flashing her breasts in a sparkling silver dress with a completely sheer top as she attended with hubby Will Smith. She paired her revealing frock with metallic stilettos, a chic updo and a bold pink lip.

While the actress certainly created some buzz for going braless, her handsome husband deserves some props for his dapper blue suit. The actor's oldest son, Trey, also made a rare appearance at the event. The 23-year-old DJ looked picture-perfect in black pants, a black shirt and a navy blue blazer. 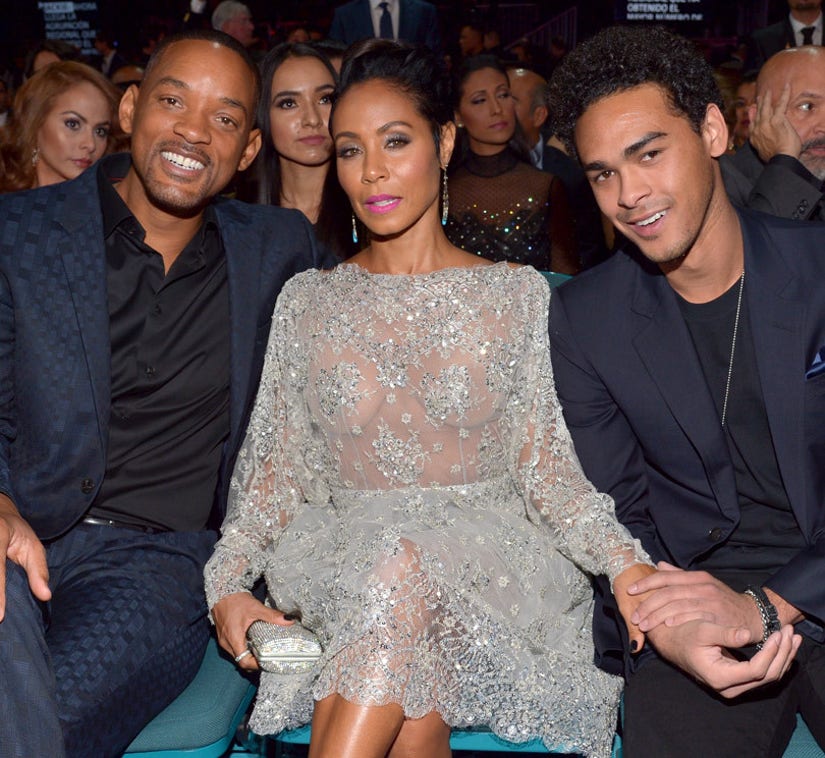 The "Fresh Prince of Bel-Air" alum made his big return to the stage at the star-studded event, performing a remix of the his new song, "Fiesta" with Colombian group Bomba Estereo.

Smith recently revealed that he has recorded over 30 tracks and is planning to go on a world tour with DJ Jazzy Jeff.

"So I'm looking this summer will be the first time we go out on a full world tour," he told Beats 1 DJ Zane Lowe. Jeff confirmed their plans last month. "The thing about Will, from the day I met him, he is never lacking in ideas and content,” Jeff told EW. “It's just the execution. I'm happy that he's executing now."

Check out his fiery performance below, and click through the gallery at the top to see all the stars at the Latin Grammy Awards, including Zoe Saldana, Ricky Martin and many more!