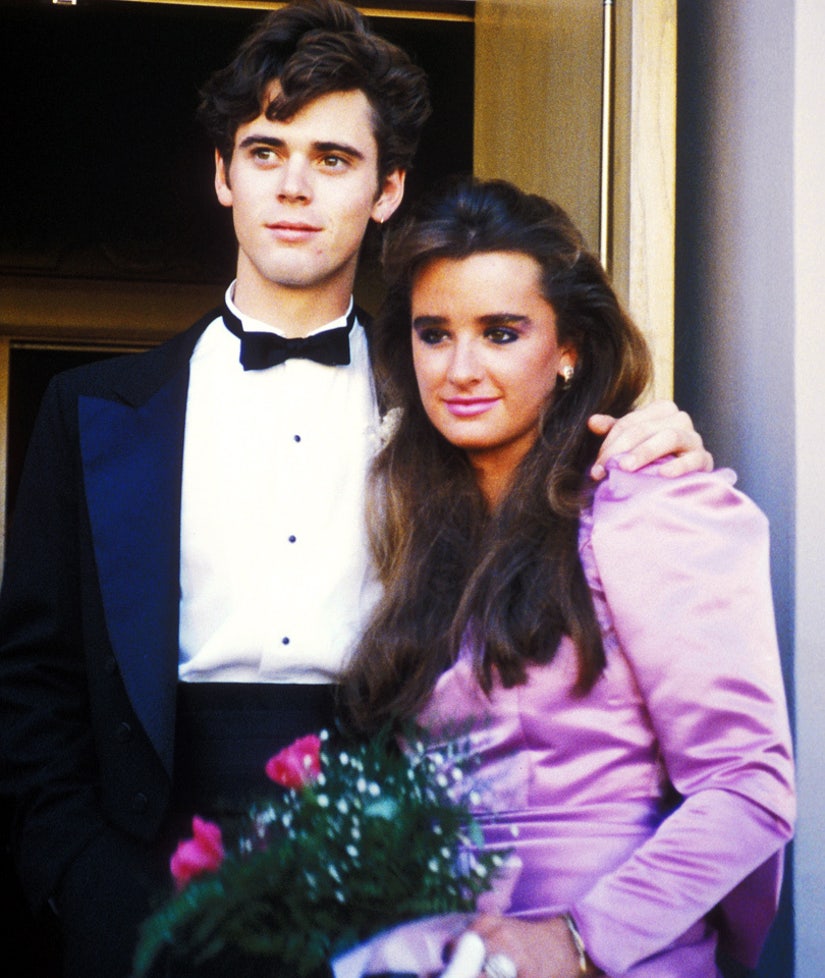 The "Real Housewives of Beverly Hills" star was grilled by Andy Cohen during an interview on his SiriusXM radio show, where she revealed who she lost her virginity to.

"Well, you know that my first boyfriend was C. Thomas Howell, for five years. Like, a serious boyfriend for a long time," she admitted when she was asked about her personal life.

"I got married so young and had my kids so young, so that was the only actor. That's a good one," she added. "It was my first kiss, my first boyfriend, [for] five years."

Cohen continued to press his guest (of course!) by asking if Howell was her first lover.

"Oh my god, this is so awkward. I'm so glad my husband isn't here right now," Richards said with a laugh. "He says I wasn't born until I met him, [that's] what he likes to say."

The "Watch What Happens Live" host took it one step further by asking how long she waited to have sex with her ex.

"No, uh-uh! I have four daughters," she said, before teasing Cohen. "Many, many, many years … A week before we broke up."

Gotta love Kyle for having a sense of humor, right?!