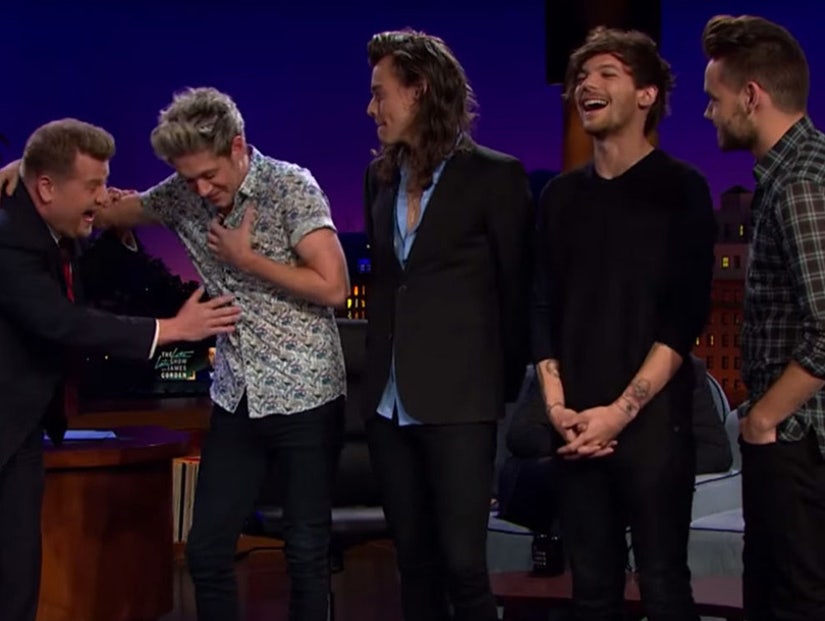 This is one high stakes game!

One Direction stopped by "The Late Late Show" on Thursday night, where they agreed to play tattoo roulette with host James Corden.

The rules were simple: Each of the four singers and James had to choose a box, each with either the word "safe" or "tattoo" inside. Whoever ended up with the "tattoo" box had to get immediately inked.

Corden agreed to get "1D" tattooed on his body, while the boys said they would get a "Late Late" tat if they drew the special box.

Niall and James were both scared because they don't have any tattoos yet. "Your hands are actually shaking," James told Niall. "It's my first time on TV," Niall joked.

After the players picked their boxes, they started going down the line one-by-one to reveal their fates.

Check out the clip above to see who gets inked on live TV!