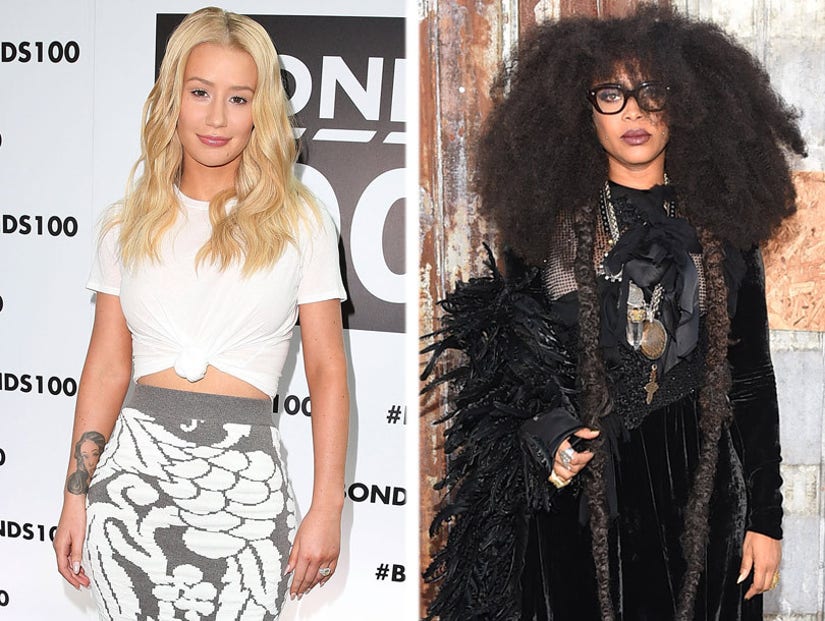 Another celebrity feud bites the dust.

The shade was real when Erykah Badu made a now infamous joke about Iggy Azalea on stage at the 2015 Soul Train Music Awards last month, when the singer said the Aussie's music was "definitely not rap" during her opening monologue.

Azalea broke her Twitter hiatus to react days later, tweeting, "We are days from 2016, but i came online today and saw its still cool to try and discredit my 2014 accomplishments. LOL, f--king hell."

Now, Badu is apologizing ... sort of.

During a Q&A with fans online on Monday, she was asked, "Why you do Iggy like that?"

"I want to do this for my daughters, I want to apologize to Iggy Azalea because she's one of their favorite artists and they listen to her all the time … it's for them," she said, sounding like her kids Puma and Mars put her up to it.

"When I really think about it, if you all love her so much, why don't you all be with her then? Go on Puma, go on Mars," she sassily continued. "Is Iggy Azalea going to miss the healing seminar to go up to the school, sit across from the teacher, so she can tell you that all y'all been doing is talking to your neighbor, not getting your lesson? Is she? Where's Iggy for that?"

Iggy got that message loud and clear -- replying with a message that's sure to inspire Badu's kids to study a little bit harder.

"Tell the kids I'm a big fan of mom, even if we don't agree where to file my music in their iTunes folders," wrote Azalea. "I'm gonna announce a new tour soon, If they do great in class there is officially an open invitation extended to them and friends with good report cards to come and enjoy a show anytime."

"I am 100% a woman of my word and I appreciate the apology," she added in conclusion.

How genuine does Erykah's apology seem to you? Sound off below.