It's carpool karaoke with a boy-band twist!

One Direction put their own spin on James Corden's infamous Carpool Karaoke segment, where the guys belted out some of their big hits, including "What Makes You Beautiful," "Story of My Life," and "Best Night Ever" as they rode in the car.

Niall Horan rode shottie with the host, while Liam Payne, Harry Styles and Louis Tomlinson piled into the backseat.

Between song Louis talked about a crazy fan encounter, where a 45-year-old woman popped up outside his house with milk after he tweeted about not having anything to put in his tea.

"I do that all the time, Louis," Corden joked. "If I was you I'd just be tweeting constantly, 'Isn't it awful waking up with no lottery scratch cards in the house?' Just leave the postbox open. You never know."

After the boys and the late night host sang two more tracks, James started in on Niall about those Selena Gomez romance rumors. 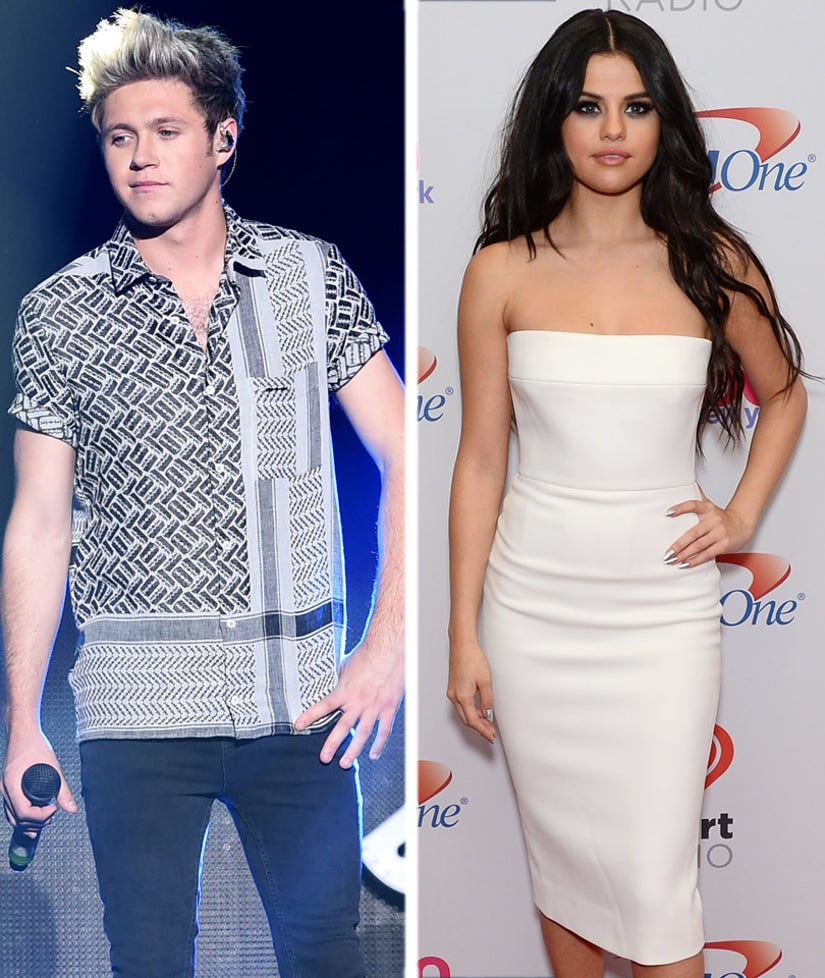 "Do you know the game 'Sleep With, Marry, Cruise?'" he asked. "One person you've got to go on a cruise for a year, sharing a room. You spend every minute of every day with them, but you do not sleep with them. One of them you marry, and one of them you just sleep with."

The carpool karaoke session ended with 1D's "Perfect" and "Drag Me Down." Check out the clip to see Corden's impressive rapping skills!