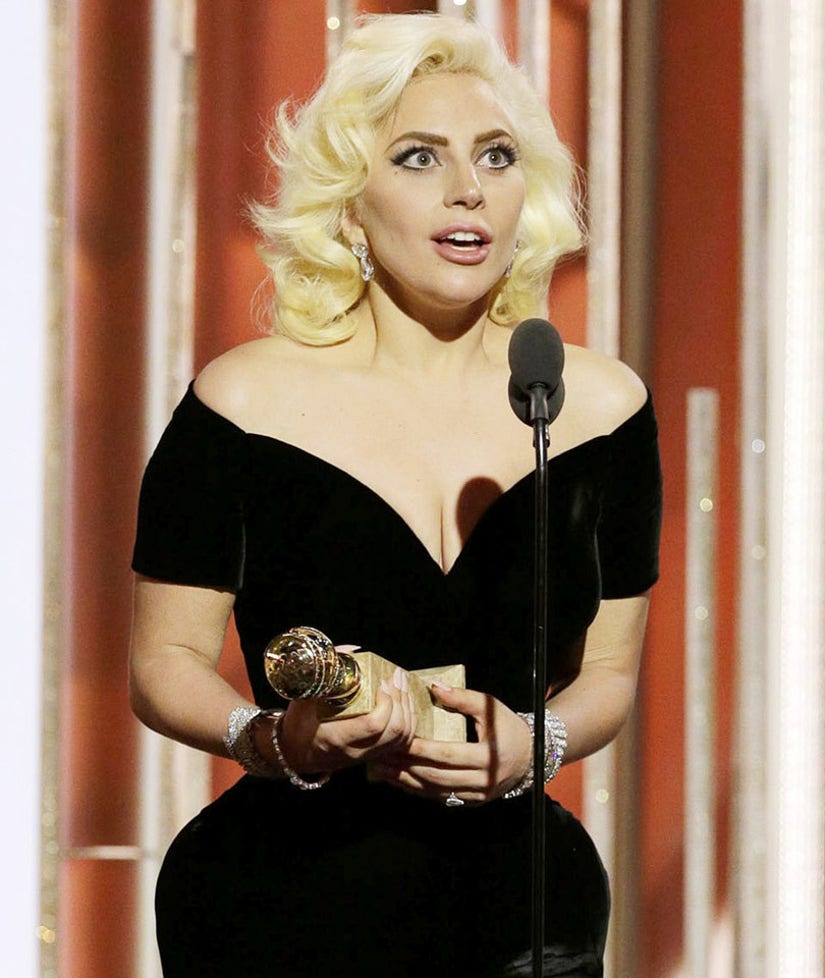 Lady Gaga is thanking the special man in her life!

During Sunday night's 73rd Golden Globes telecast, the 29-year-old singer-turned-thespian took home the award for Best Supporting Actress in a Limited Series for her work on "American Horror Story: Hotel."

The star gave an emotional speech where she thanked everyone from the "AHS" cast to her family, but noticeably left one important person out: Her fiance, Taylor Kinney!

"I have to thank Ryan Murphy," she began. "You're just a wonderful human being. You have believed in me so much, and been such a good friend to me. Thank you to my wonderful cast. I love you guys so much. You're my family forever."

"I could go through the entire cast because you're all so talented and, because of you, I was able to shine, I guess," she continued. "Thank you for sharing your talent with me. I wanted to be an actress before I wanted to be a singer, but music worked out first."

The "Poker Face" singer made up for the snafu a few hours later when she took to Instagram and shared a post thanking the "Chicago Fire" star for standing by her side through everything.

"I am so grateful to the Hollywood Foreign Press. Thank you Taylor for being right there for me the whole way through. Monsters, never lose hope in yourself. This is for my brilliant manager @wanaynay Staying in the fight is the true test. Never give up on your dreams," she said captioned a photo of herself holding her award.

Despite the mistake, the 34-year-old actor had nothing but praise for his other half and couldn't stop gushing about Gaga at NBCUniversal's after-party on the Beverly Hilton rooftop.

Were you surprised Gaga snagged a Golden Globe? Tell toofab in the comment section below!