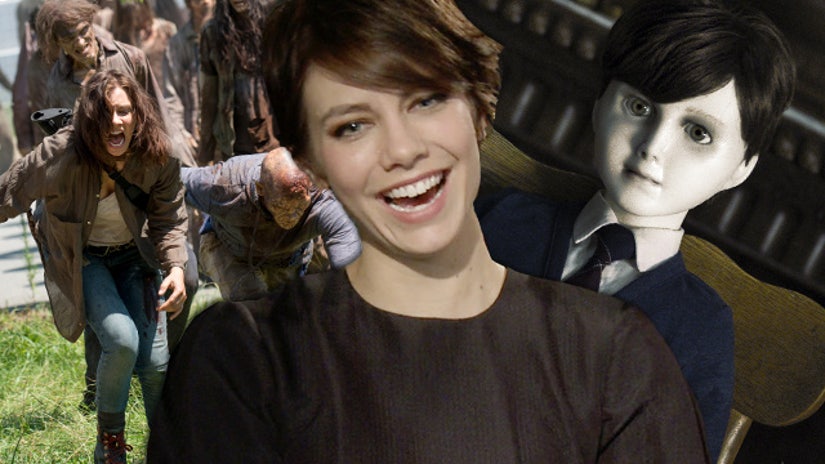 "The world as we know it is about to completely change." Big words from "Walking Dead" star Lauren Cohan on what to expect when the insanely-popular zombie series returns to AMC next month.

The actress, who plays now-pregnant Maggie on the show, gave toofab's Brian Particelli a little tease about the second half of Season Six while promoting her creepy doll flick, "The Boy" (in theaters Friday).

One of the biggest changes: Her character's new 'do!

Cohan was photographed going from a shoulder-length bob to a pixie cut during the show's hiatus, something that got fans VERY worried about her fate, as most actors usually can't drastically change up their appearance unless it's for the role. Lauren tells us she was extremely surprised by the online reaction when she unveiled her shorter locks last month.

"We thought that maybe people would say, 'Oh, she cut her and and it'll grow back,' [but] we had no idea," she says with a laugh. "I had so many messages from friends and family, saying, 'This is on CNN, do you realize what a big deal this haircut is?!'"

Unfortunately, she couldn't reveal more -- calling her new look a "top secret chop" that she has to keep "under wraps" for now.

While we await the return of the walker-packed show, Cohan will be scaring up scares of a different kind in her new film, "The Boy." The 34-year-old Brit plays Greta, a woman on the run from her past, who takes on a nannying gig for a family overseas. While the job looks good on paper, it takes a bizarre turn when she arrives at the home to find she's supposed to look after an eerie doll.

"There are a lot of differences [between doing this film and 'The Walking Dead], because [Greta's] on her own for a lot of the movie and she doesn't know what to trust. She doesn't know if she's going crazy," explains Cohan. "In the show, we know that these zombies will get you if you're not careful and that they're real. There was a lot emotionally to explore in 'The Boy.'"

Check out the video above to see what she added about the "spooking" that went down on set during filming.

"The Boy" creeps into theaters on the 22nd.