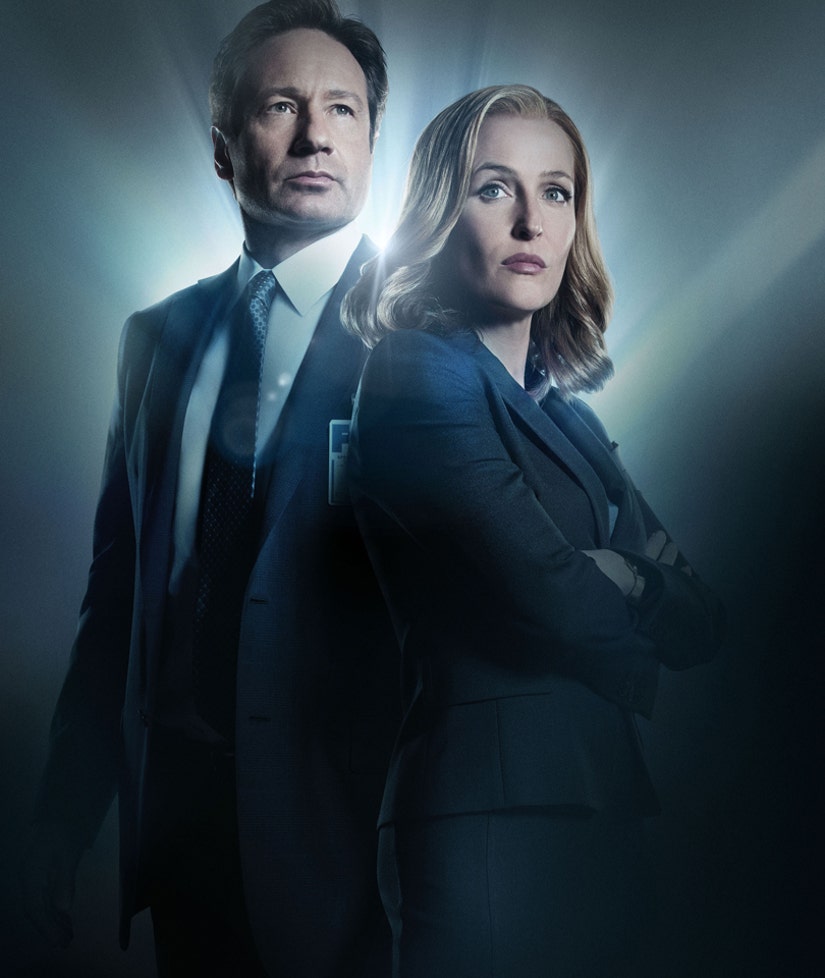 This video just made our day.

"The X-Files" star Gillian Anderson shared one hilarious blooper from the set of the limited series -- showing what happened after she got pelted in the breast by an apple while filming Monday night's episode.

A little setup: While investigating their latest mystery, Scully and Mulder (David Duchovny) visit a patient in a mental institution. While there, said patient shoos a cat out of her room by chucking a piece of fruit at it.

Or, at least, that's how it was supposed to go down.

Before successfully pulling off the fete, actress Rebecca Wisocky instead chucked the apple right at Anderson's chest, causing her to double over and fall to the ground.

"Right in the boob," Duchovny shouts as his costar cracks up on the ground. "I already had whiplash yesterday," Anderson manages to spit out amid a fit of uncontrollable laughter. Wisocky just looks mortified.

Right in the boob! The X-Files

Anderson's pain was worth it though -- as the ratings for the new series have been bananas!

13.5 million viewers tuned in for the premiere on Sunday, while a still-stellar 9.7 watched the second episode that aired Monday. If these numbers continue, we might see an order for additional episodes come in.

Right now, only 6 have been filmed. Keep those fingers crossed!