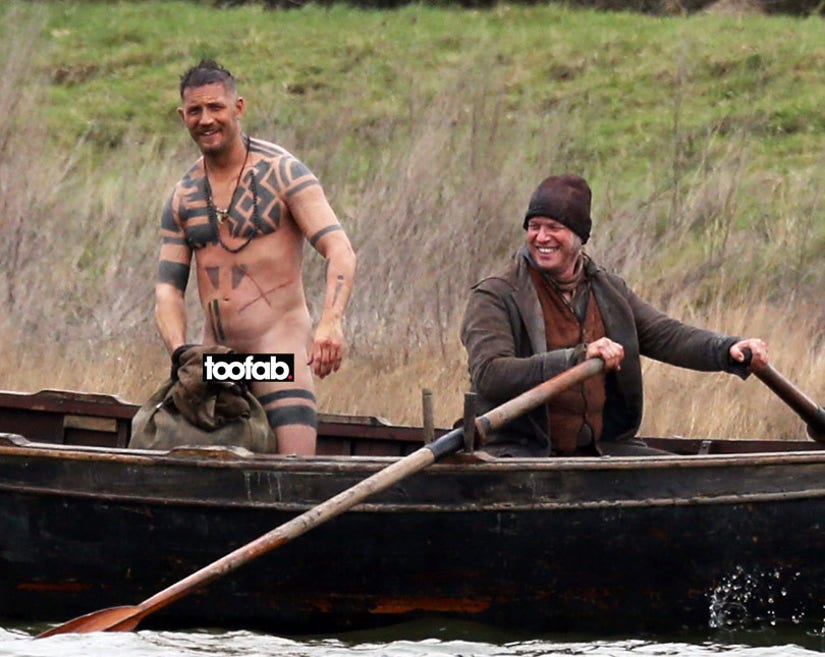 We're seeing A LOT of Tom Hardy on the set of his new movie ... and we like it!

The "Revenant" star stripped down to a smile while filming the upcoming miniseries "Taboo" in Esssex, England last week, showing off his fit physique while grabbing a ride on a rowboat during the shoot.

The actor also displayed a large collection of tattoos along his torso. While Tom's tatted up in real life, the geometric designs and lines around his thighs are only for the project.

Though most stars opt for a body double, the 38-year-old Oscar nominee clearly has no problem going nude, as he was also seen in the buff in the 2008 movie "Bronson."

"Taboo" will air on FX in the US and revolves around an adventurer (Hardy) who returns to London after a decade in Africa following the death of his father.

No word on when the miniseries will air, but you better believe we'll be tuning in after this!