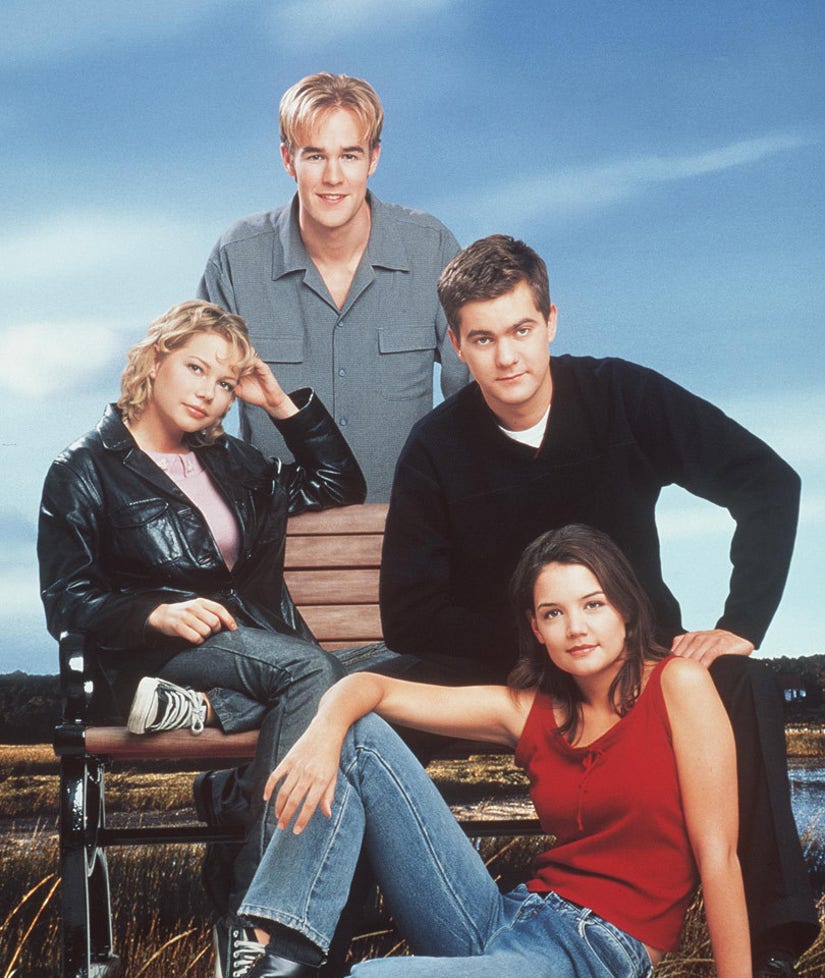 It seems Katie Holmes is still having to choose between Dawson and Pacey.

The actress got grilled about her former "Dawson's Creek" costars, James Van Der Beek and Joshua Jackson, during her appearance on the "Late Late Show" last night.

When host James Corden asked her who's the better kisser, she played coy and turned the question back on him.

"Who do you think?" she said with a shy smile. "I think Der Beek, because I would get straight up in his grill," Corden said without hesitation.

"I went to high school with Josh, and I can tell you right now, he's a terrific kisser," fellow guest Ryan Reynolds added.

"Well, I mean if he says so …" Holmes said with an awkward laugh. "So it's affirmative!" Corden yelled. "Pacey's better than Dawson! I can't believe it!"

In case you forgot, Holmes dated Jackson after meeting on set. We're guessing there won't be any hard feelings since Van Der Beek was at a clear disadvantage!

During the segment, the "Touched With Fire" star also talked about her first on-screen kiss.

"It's so awkward because with a first kiss in [real] life, if it doesn't go well you can kinda be like, 'Oh I gotta get home,' or 'thanks.' You never have to deal with that person again," Holmes explained. "But on screen, you're gonna have to have lunch and you're probably have to work together tomorrow, so it's a little bit [awkward]."

Despite the strange circumstances, Katie admitted that her first kiss was really good. Watch the clip below to hear more!