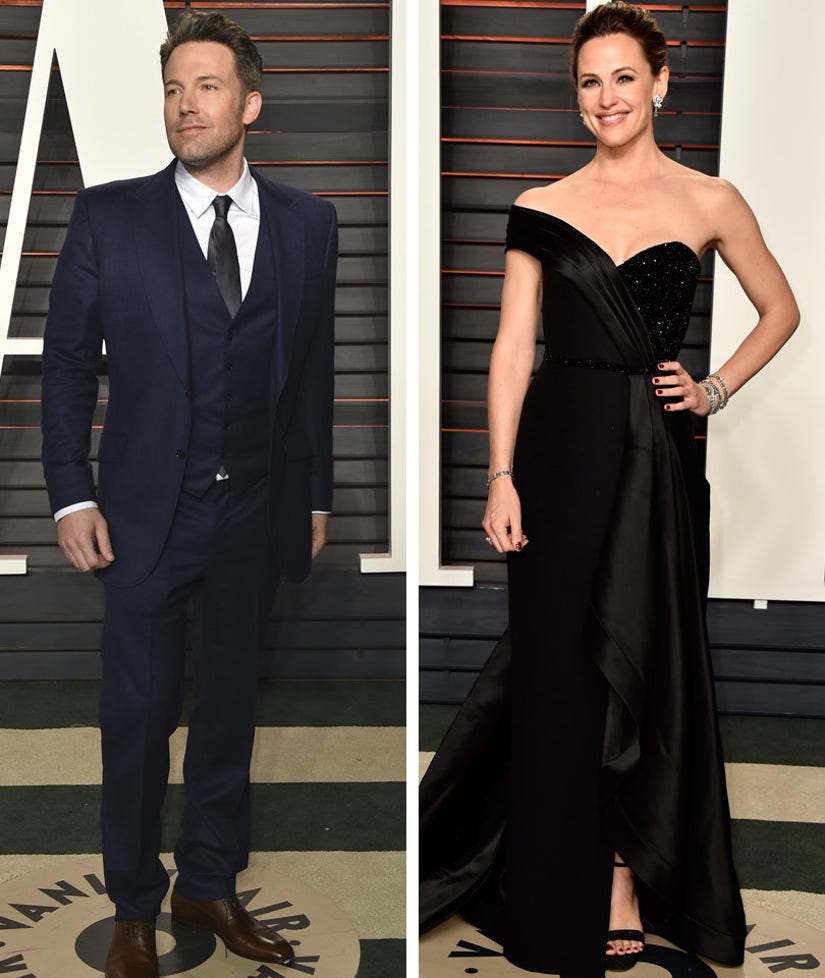 There's nothing more awkward than attending the same party as an ex -- and that's exactly what happened to some of our favorite former Hollywood couples on Sunday night!

Ben Affleck and Jennifer Garner were just one pair of estranged exes who attended the Vanity Fair post-Oscars party. The actor looked dapper in a blue suit as he posed for pictures alone at the star-studded soiree. Meanwhile, the actress flashed a big smile as she hit the red carpet in a stunning asymmetrical black gown with a beaded bodice.

While they tried to avoid taking photos together, they were seen waiting by the exit side-by-side at the end of the night. According to her recent Vanity Fair tell-all -- where Jen finally talked about the nanny rumors and dissed Ben's tattoo -- Affleck lives in a guest house on the former couple's three-acre estate. Maybe they were sharing a ride home? 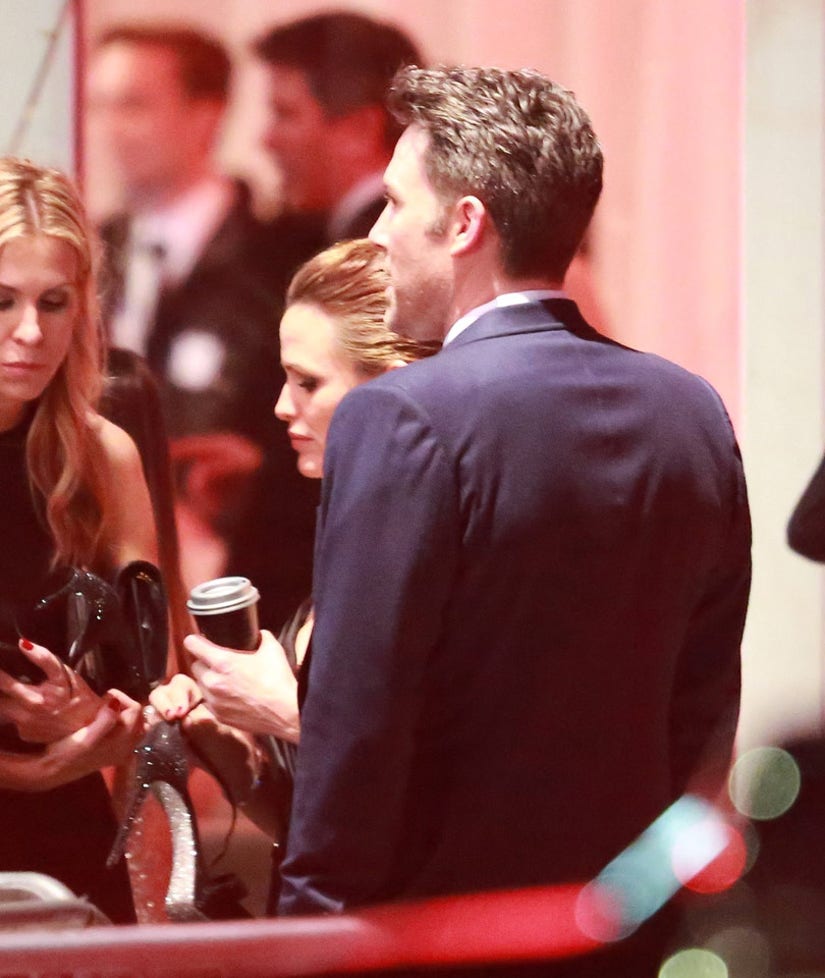 Elsewhere in the article, she got extremely candid for the first time about her divorce.

"It was a real marriage,” Garner said in the March issue. "It wasn't for the cameras. And it was a huge priority for me to stay in it. And that did not work."

"I didn't marry the big fat movie star; I married him," she added. "And I would go back and remake that decision. I ran down the beach to him, and I would again. You can't have these three babies and so much of what we had. He's the love of my life ... He's just a complicated guy. I always say, 'When his sun shines on you, you feel it.' But when the sun is shining elsewhere, it's cold. He can cast quite a shadow."

While Ben and Jen didn't attend the event together, it seems they've maintained a healthy relationship for their kids -- Violet, Seraphina and Sam. 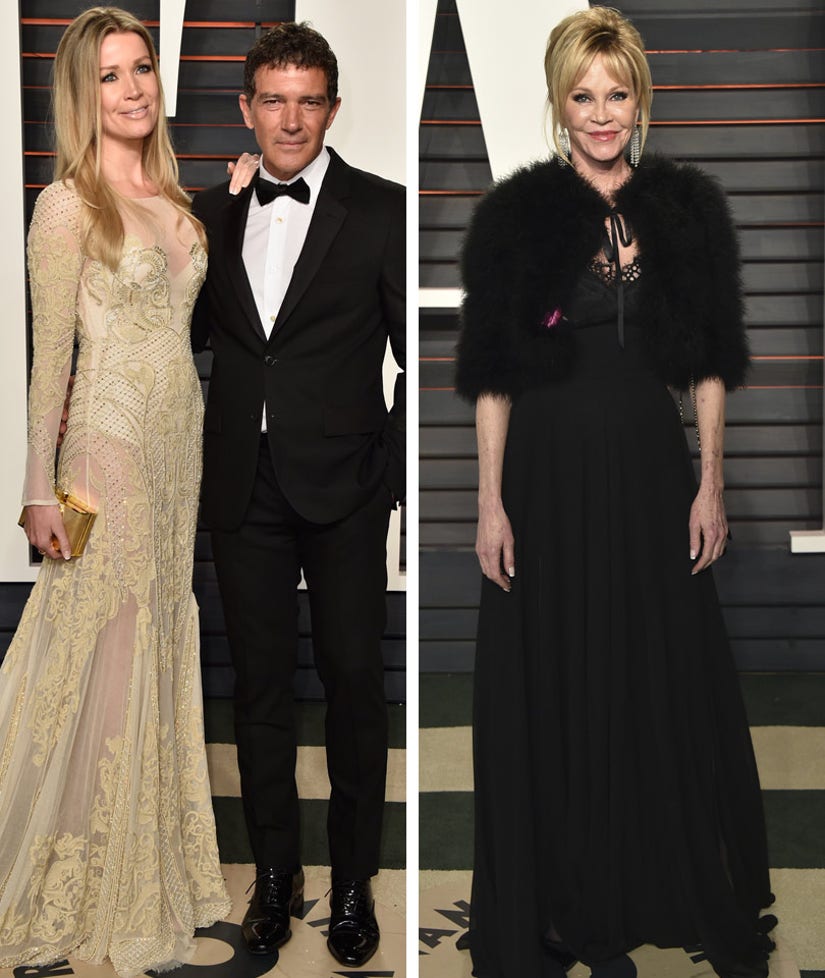 Another former couple to hit the same party circuit was Melanie Griffith and Antonio Banderas.

The 58-year-old actress looked beautiful in a black cleavage-baring gown with a fur bolero. Her ex, 55, brought his new girlfriend, Nicole Kimpel, 35, into the bash.

The estranged pair, who split last year after 18 years of marriage, seems to have mended their relationship for the sake of their kids. They recently reunited to celebrate their daughter, Stella's, high school graduation.

These famous former flames aren't going to let anything get in the way of a good party -- see more pics from inside in the gallery at the top!