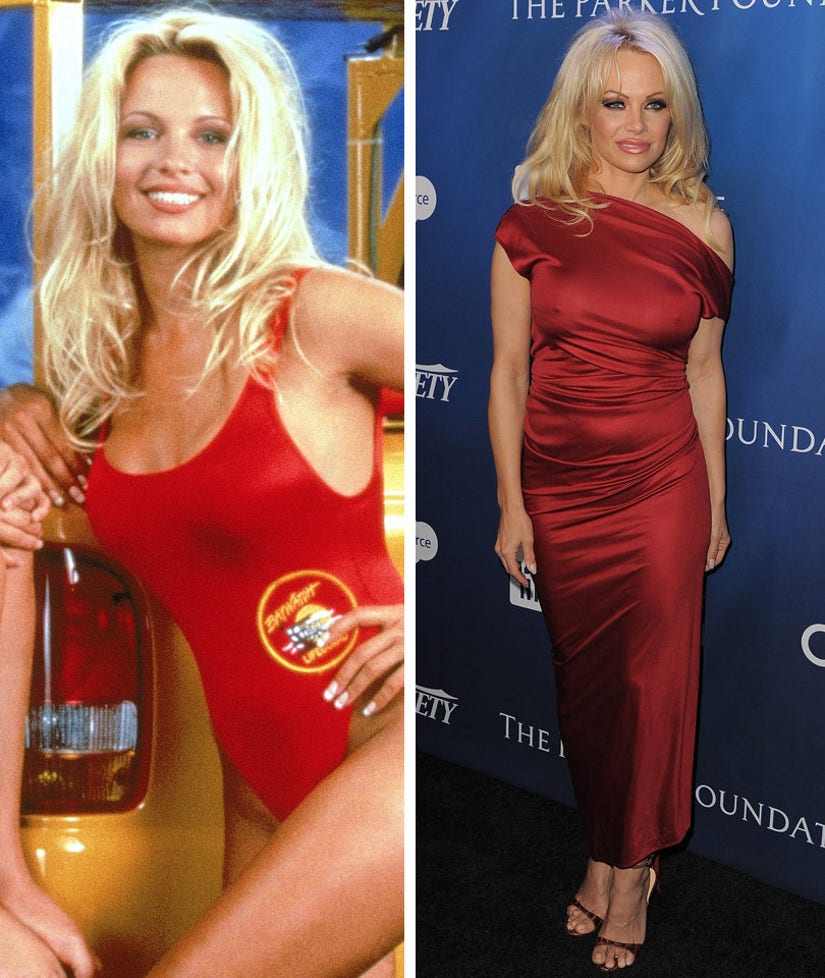 It's been over a decade since we've seen Pamela Anderson in her famous red swimsuit on "Baywatch," but there's still a chance she'll be reprising her role as C.J. Parker.

"They called me and asked me to be in it, but I haven't decided yet," the actress tells Harper's Bazaar in its latest issue. "I don't know. I don't like remakes of TV shows and I kind of want to leave it as is and be remembered for that. I don't know if I wanna go on 'Baywatch' and be like, the old lady working at a counter somewhere."

The Rock, Zac Efron, Alexandra Daddario and Priyanka Chopra are all set to star in the flick.

While most fans would argue that Pam looked perfect in her high-cut one-piece, she says she's never considered herself "great-looking."

"I was really comfortable in my skin and I didn't care so much," she tells the mag of her "Baywatch" days. "I thought, nobody's perfect and imperfections are sexy. And you know, I would've been on the beach anyway, so I was shocked that they hired me and paid me. I never thought I was a great-looking person or a great-looking woman. But I don't think I would've worn red."

One way Pam felt more confident on-screen was to add some makeup, despite producers' requests to go au natural.

"The first season, they didn't want me to wear makeup, they wanted me to be very natural," she explains. "I said okay, but then I would go to Lexi's [makeup artist Alexis Vogel] at three in the morning and she would put eyelashes and liner on me and we just created that look, then I would show up, and they'd go, 'You're already wearing makeup!' and I'd say, 'No I'm not!' But then I'd get hit by a wave and my eyelashes would fall off and my makeup artist there would come up and go, 'This is all that's left of Pamela, I hope you're happy—two little soaking wet eyelashes.' But most of the time it would stay on; her makeup is nuclear."

"When I was on 'Barb Wire' and had such a high-maintenance husband [Tommy Lee], I don't even think I slept for five months," she continues. "I would sleep in my makeup and just touch it up the next day for three days in a row." 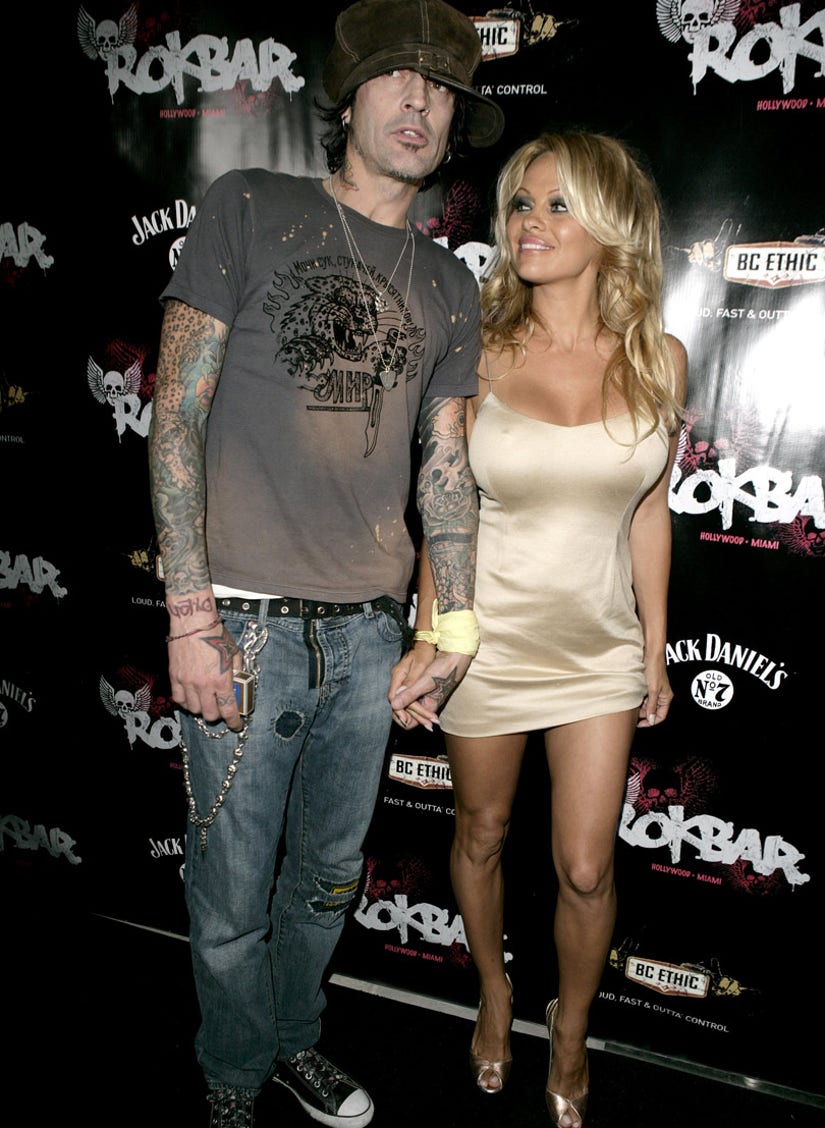 With or without makeup, the actress is clearly confident with her bod -- she recently posed completely nude for Playboy. So, how does she stay in shape?

"I think part of it's genetic, I'm lucky, and I do pilates every once in a while, I walk my dogs," she says. "I'm very active, but I don't go to the gym or anything like that. My mom swears by Weight Watchers. You know, it's all food. Exercise is good for you, and it's good for stress relief and body shaping, but to lose weight, it's 80% food. It's just a matter of knowing a bagel is 10 points, so eat a piece of toast, which is 1 point. I think it's food and eating healthy, and walking and getting out in fresh air."

"I think actually that when you go to a gym and start working out, you gain weight because you're hungrier. I do!" she adds. "If I do any kind of exercise, I eat twice as much, but exercise is good for everything else."