Nothing more awkward than getting stuck in the middle!

Chrissy Teigen was put in the hot seat about Taylor Swift's feud with Kanye West, and she admitted that it's "uncomfortable" for her to watch.

The Sports Illustrated stunner, who is good friends with West and wife Kim Kardashian and also works out with Swift, weighed in on their ongoing fight on "Watch What Happens Live" on Wednesday night.

"It's tough when you're put in the middle like that. I didn't get to see it live, but I don't know," Teigen said, referring to Taylor's dig at West during the Grammys. "It's so awkward. It's an uncomfortable moment. It's weird. John [Legend] and I were very uncomfortable by it." 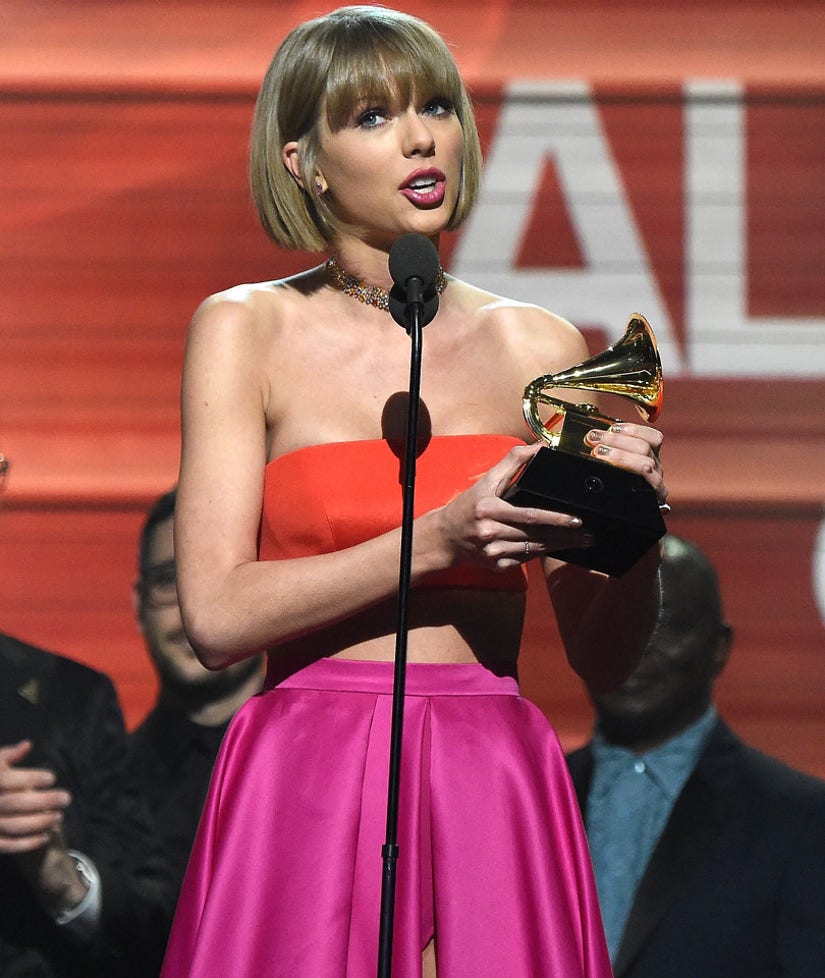 In case you missed it, Swift indirectly commented on Kanye taking credit for her success in his song "Famous." In the song, he says, "I feel like me and Taylor might still have sex, I made that b—h famous."

"I want to say to all the young women out there—there are going to be people along the way who are going to try to undercut your success or take credit for your accomplishments or your fame," Swift said while accepted her Album of the Year trophy. "But if you just focus on the work and you don't let those people sidetrack you, someday when you get where you're going, you'll look around and you will know that it was you and the people who love you who put you there. And that will be greatest feeling in the world."

Taylor and Kanye's feud started when the rapper interrupted her speech at the 2009 MTV Video Music Awards. He took the microphone out of her hands and shouted that Beyonce had "one of the best videos of all time" for her song "Single Ladies."

We think this fight is just heating up, and Teigen agrees!

See what else Chrissy had to say in the clip above!