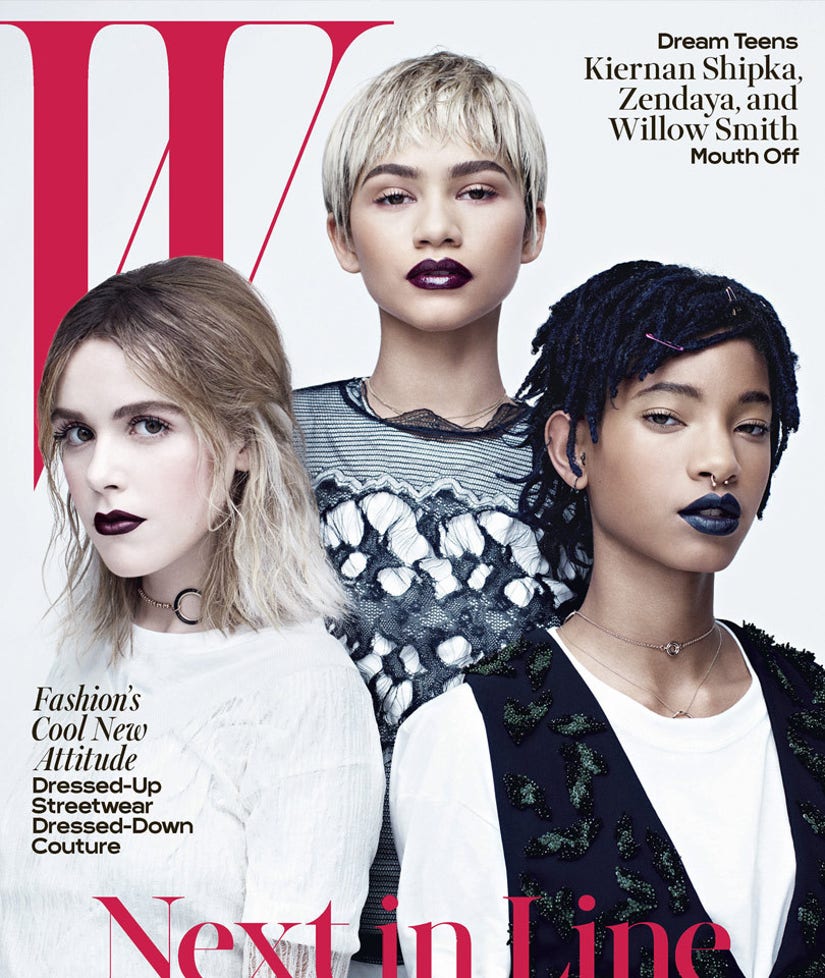 The next generation of style stars!

Willow Smith, Zendaya and Kiernan Shipka are all featured on the April issue of W Magazine, where they are billed as "dream teens" who are next in line to transform the worlds of style, design, art and fashion.

The 15-year-old Smith is known for thinking out of the box -- and inside the mag, she gets candid about her style and what her famous parents think of her fashion choices.

Will Smith and Jada Pinkett Smith's daughter showed up to the shoot with her hair dyed blue and accented with large safety pins. The teen revealed that the unique look came to her on a whim.

"That was my idea," Smith said. "I was in my bathroom yesterday and saw some safety pins on the counter and was just like, 'Let me stab a dread real quick.' When I did it, I was, like, Oh, this is dope.'" 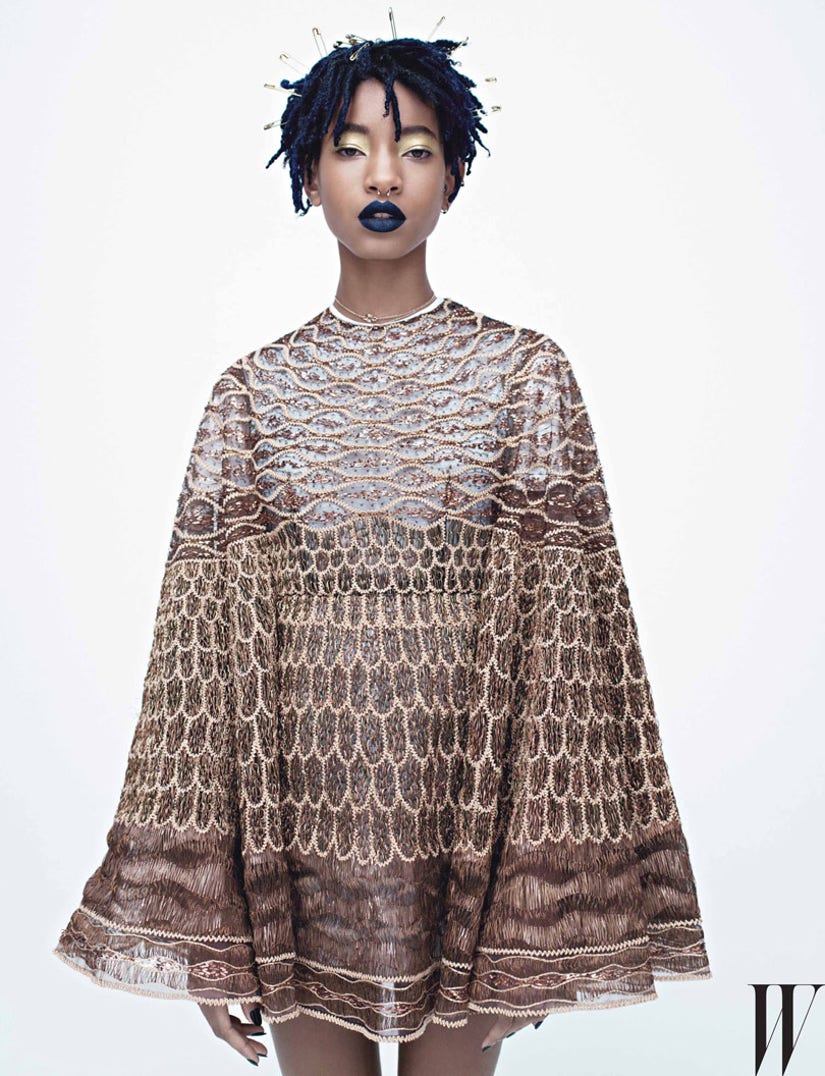 As for her famous mother and father, who are known for their unique parenting style, Willow says they stopped weighing in on her decisions a long time ago.

"Only when I was 6 or 7," she said of the last time they shared their opinions. "I wanted to wear things then that might have been too crazy. But now they know I set my own boundaries."

Despite her parents not having a say, the new face of Chanel says she draws inspiration from her mom during her touring days.

"My mom. When she was on tour with Ozzfest, she was very raunchy. I loved watching her onstage. I think the first song that ever made an impres¬sion on me was my mom performing 'Bleed All Over Me,'" she added. "I would sing it over and over."

For more from the issue head over to W magazine's website!