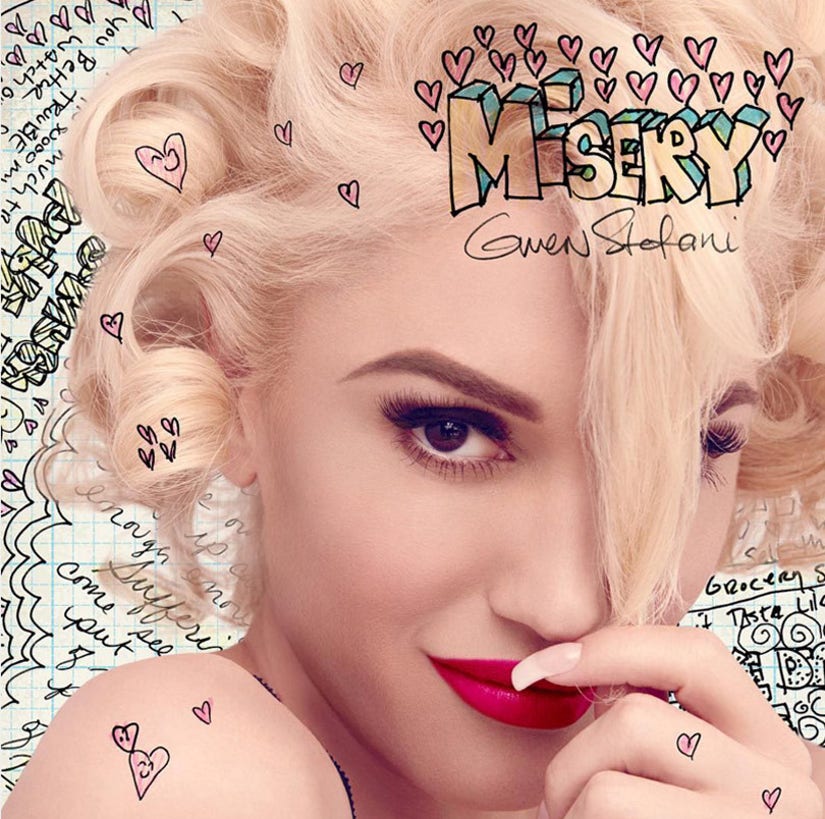 With a title like "Misery," you'd expect Gwen Stefani's latest release from her new album to be a total downer. Thankfully, that's not the case!

Instead of delivering another emotional track about feeling absolutely destroyed over her split from Gavin Rossdale, the song is surprisingly upbeat -- and most definitely about new beau Blake Shelton.

"You're like drugs to me. So put me out of my mystery, hurry up come see me," she coos in the chorus. "I'm thinking things I never thought before. Like what your love would taste like, give me more."

Listen to the full song here.

You see? She's in "Misery" whenever she's not around her new man. Awwww.

And while "Used to Love You" was definitely a darker song, the No Doubt frontwoman promises quite a few happy tunes on the her upcoming album -- as her state of mind totally changed during the songwriting process.

"We kind of flipped over to this happy, excited, new phase," Stefani told EW last month. "And I wrote a bunch of new songs — I want to say four or five songs I wrote within the last three weeks."

The full album, "This Is What the Truth Feels Like," drops March 18.

In a new interview with the New York Times, she touches on her divorce. "If I could, I would just tell you everything, and you would just be in shock," she says. "It's a really good, juicy story."

"I needed something new to happen," she says of her transformation post-split. "And not just in my career, in my life. Something had to change."

"I'm not going to say I'm not still picking up the pieces and every day isn't a challenge," she adds. "I'm still in shock. But it's an awesome time."

Click here to hear the song Blake Shelton just released about his split from Miranda Lambert and romance with Gwen!