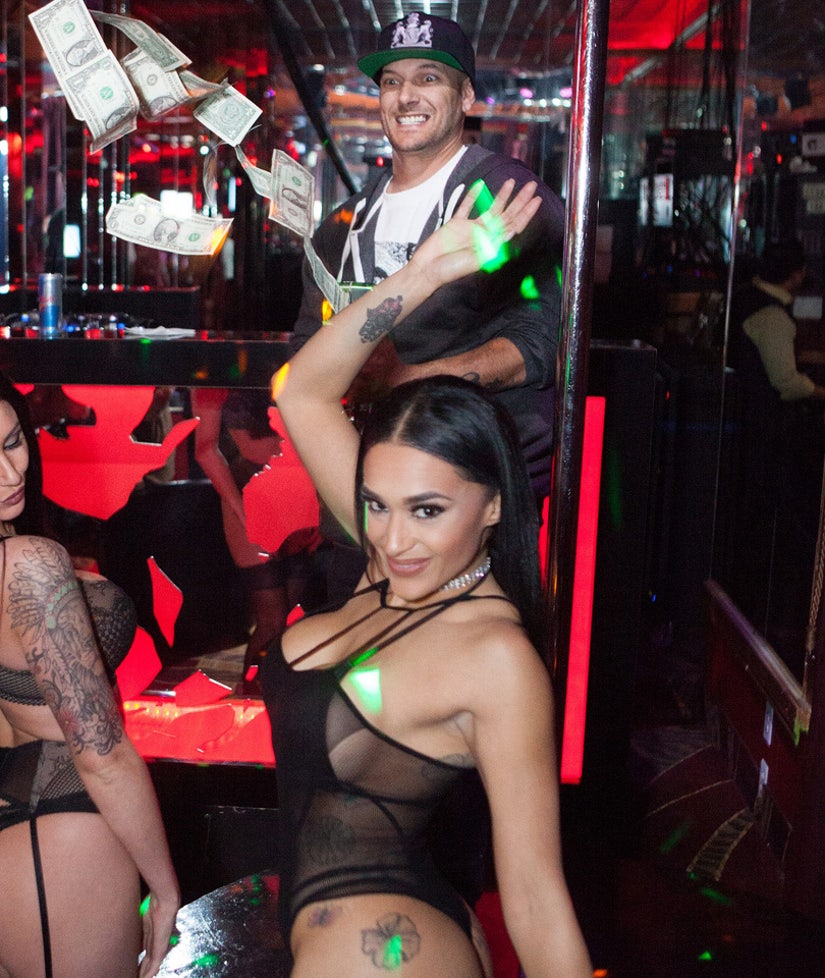 Britney Spears isn't the only one who likes to have some fun in Sin City.

Her ex-husband, Kevin Federline, celebrated his 38th birthday at the Crazy Horse III gentlemen's club in Las Vegas over the weekend, where he was spotted getting wild alongside his wife, Victoria, and brothers, Chris and Patrick Federline.

Sporting a graphic tee, grey sweatshirt, black skinny jeans, Nikes and a SnapBack hat, the "PopoZao" singer clearly enjoyed himself as he kicked back in the VIP both with his entourage. He later performed a DJ set around 1:30am, after being presented with a birthday cake and money gun -- which he fired off for a few of the club's exotic dancers. 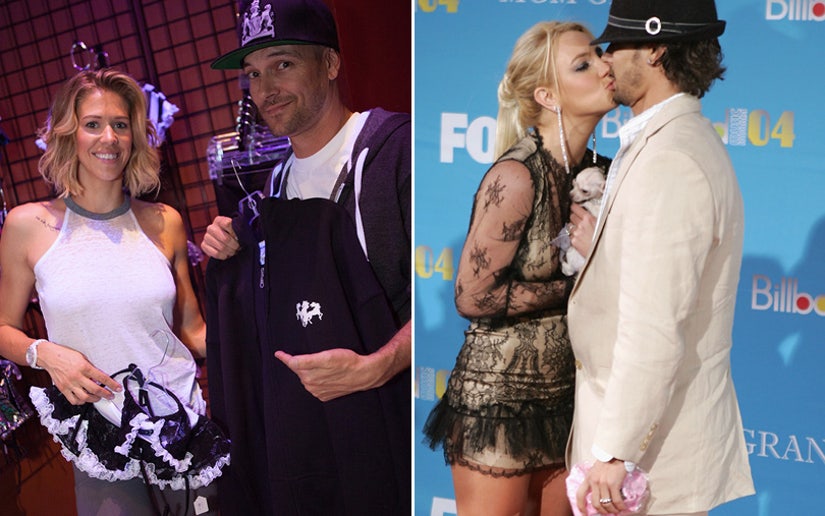 We haven't seen too much of K-Fed since he was unfortunately dubbed "K-Fat" by the media a few years ago. After appearing on "Celebrity Fit Club," Kevin seriously slimmed down -- and appears to be in much better shape these days.

Kevin opened up about his marriage to Spears in an interview with Us Weekly last year. "That time of my life, it was great," Brit's backup dancer-turned-husband said at the time. "It was fun, it was crazy, it was chaos. The limelight, the entertainment business, the lifestyle — period. When you're 25-years-old, how do you handle that? Nobody can prepare you."

"There was ups and downs. We're not perfect people, obviously," he said of the split. "There's things that she did, there's things that I did. I think all of that is just from being young and everything plays a part into it… [but] I have so many great memories, they outweigh the bad. For us to split up and me say that, it should speak very loudly."

Check out more pics from inside the crazy soiree last night in the gallery above -- and see how much he's changed since his Brit Brit days!