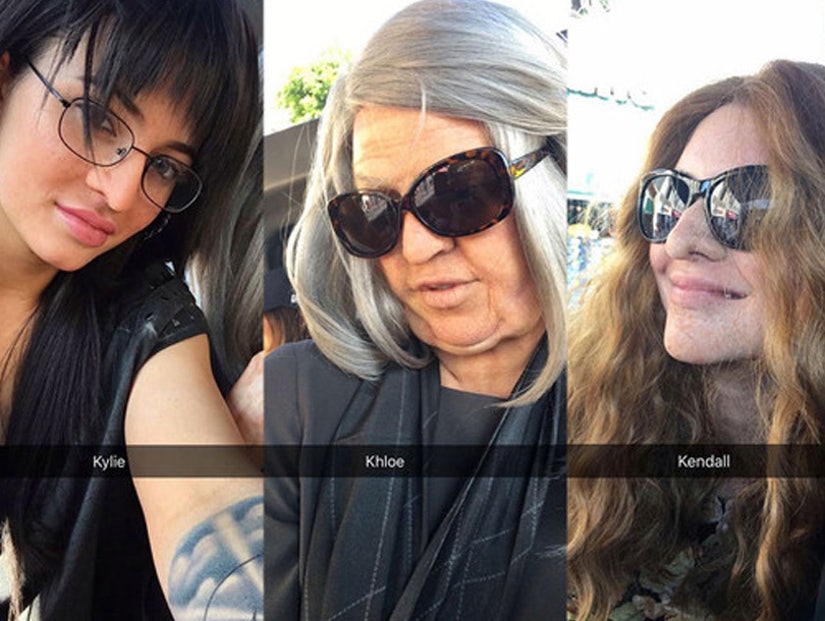 It's hard for the Kardashian/Jenner family to go unnoticed, but with some special makeup, the ladies look totally different!

Khloe Kardashian and sisters Kendall and Kylie Jenner decided to undergo some major makeovers, which made them completely unrecognizable as they embarked on a Hollywood tour.

The best part? Kylie documented the whole adventure on SnapChat!

Khloe became a 79-year-old grandmother from Albuquerque, New Mexico, who was visiting Los Angeles with her two granddaughters, Kylie, who said she looked like "the old Kylie," and Kendall, who was rocking red curly hair and freckles.

Between the wigs and prosthetic facial features, nobody had any idea that the reality stars were on this tour bus.

Things got especially surreal when the tour guide told the trio about their own family.

The tour guide even mentioned how Tyga didn't let Paul McCartney in to his Grammys after-party, and Kylie started saying, "That's not true!"

The reality stars later showed themselves taking off their makeup while in the car on the way back home.

And even Kourtney Kardashian and Kris Jenner couldn't get enough of it. "Omg!! I have never laughed so hard watching @khloekardashian on @KylieJenner snapchat. I'm literally crying. Khloe you are just it for me," Kourt tweeted.

Check out all the videos above to see them in action!