This might be the messiest "Tonight Show" skit ever!

Jake Gyllenhaal dropped by the late night show on Monday and took a walk down memory lane with Jimmy Fallon as the two "reminisced" about their time on a fictional TV series together.

The host and the actor revealed that they appeared on the cop show "Point Pleasant Police Department" in what the "Southpaw" star called his "most intense role".

"Our two characters were constantly yelling at each other, well, we seemed to end up in some messy situations," Fallon laughed before pulling out several clips from "the archives".

During the first scene Fallon and the 35-year-old could barely keep a straight face as they spit coffee and crackers in each others face while over enunciating. 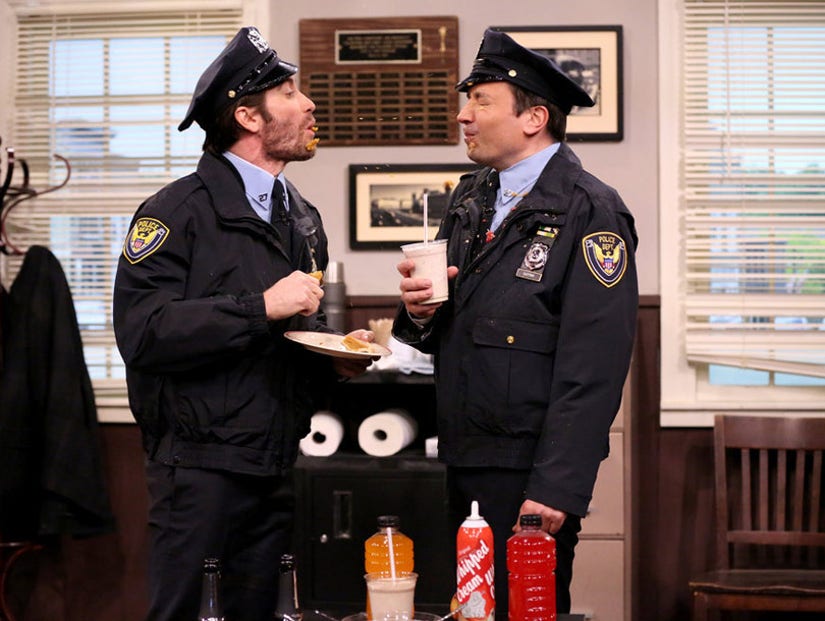 "It's even more intense then I remember!" Fallon giggled.

The pair weren't done yet though, and shared another clip but this time gave each other food facials with apples, whip cream and even a smoothie!

And if that wasn't enough, wait until you see their final scene where they take the bit way over the top.

See even more of Fallon's craziest "Tonight Show" moments in the gallery above!