WARNING: The video below contains some NSFW language.

Tonya Harding is officially back.

Following the big news this week that Margot Robbie will star in and produce a film about the disgraced figure skater, Harding herself just popped up again online -- appearing in viral video to promote the new film, "The Bronze."

In the flick, Melissa Rauch stars as Hope Ann, a gymnast who milks her former glory days for all their worth. When another rising star in the gymnastic world starts making a name for herself in her home town, Hope Ann is faced with two choices: help train this newbie or sabotage her career, solidifying her status as the sole hometown hero.

While Harding doesn't appear in the film itself, she agreed to appear as fictionalized version of herself in the clip above. Tonya, now 45, sports a very '90s look in the video -- rocking blunt bangs, fitness gear and a scrunchie as she helps Hope Ann negotiate a deal for a film sequel.

When told that the "The Bronze" isn't getting good reviews from critics by a producer, Hope Ann responds, "The critic judges don't like girls from the other side of the tracks, isn't that right Tonya?"

"Yeah, they like the f--king ice princesses," Harding deadpans, referencing how the media referred to Nancy Kerrigan following the now infamous 1994 attack.

When negotiations reach a stalemate, Tonya then threatens the film exec. "Do we have a problem here?" she menacingly asks, cracking her knuckles. 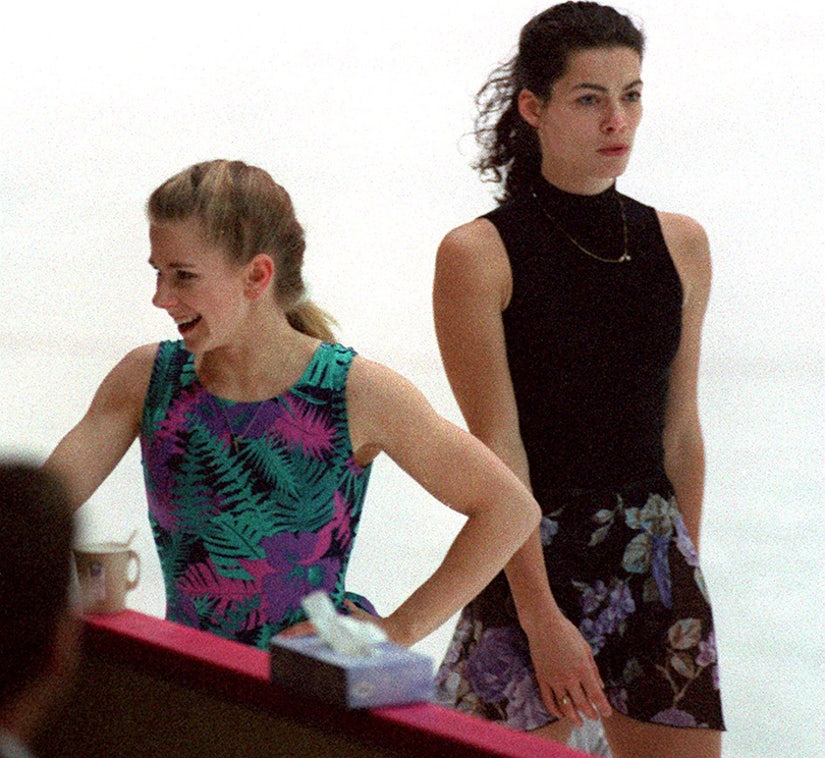 Just a month before the 1994 Winter Olympic games, Harding's ex-husband, Jeff Gillooly, and her bodyguard hired someone to break Kerrigan's legs. The skater only ended up with bruises and won the silver in Lillehammer, while Harding placed eighth.

Tonya later pled guilty to her involvement in the incident -- though, in the 2014 ESPN documentary "The Price of Gold," she said she had nothing to do with the planning of the hit. She was banned for life from the United States Figure Skating Association.

"The Bronze" is out now.