UPDATE: Kylie just released the full video -- check it out above!

In the clip, an extended commercial for her lip kit, Kylie is seen driving the getaway car after her gang of girls steals a bunch of money during a trade gone wrong.

For some reason, they then throw the money out of the car at the end, before zooming away. The women apparently get arrested though, as the video ends with them in a lineup.

It's unclear whether Jenner is the one singing in the clip, but the voice is heavily auto-tuned. 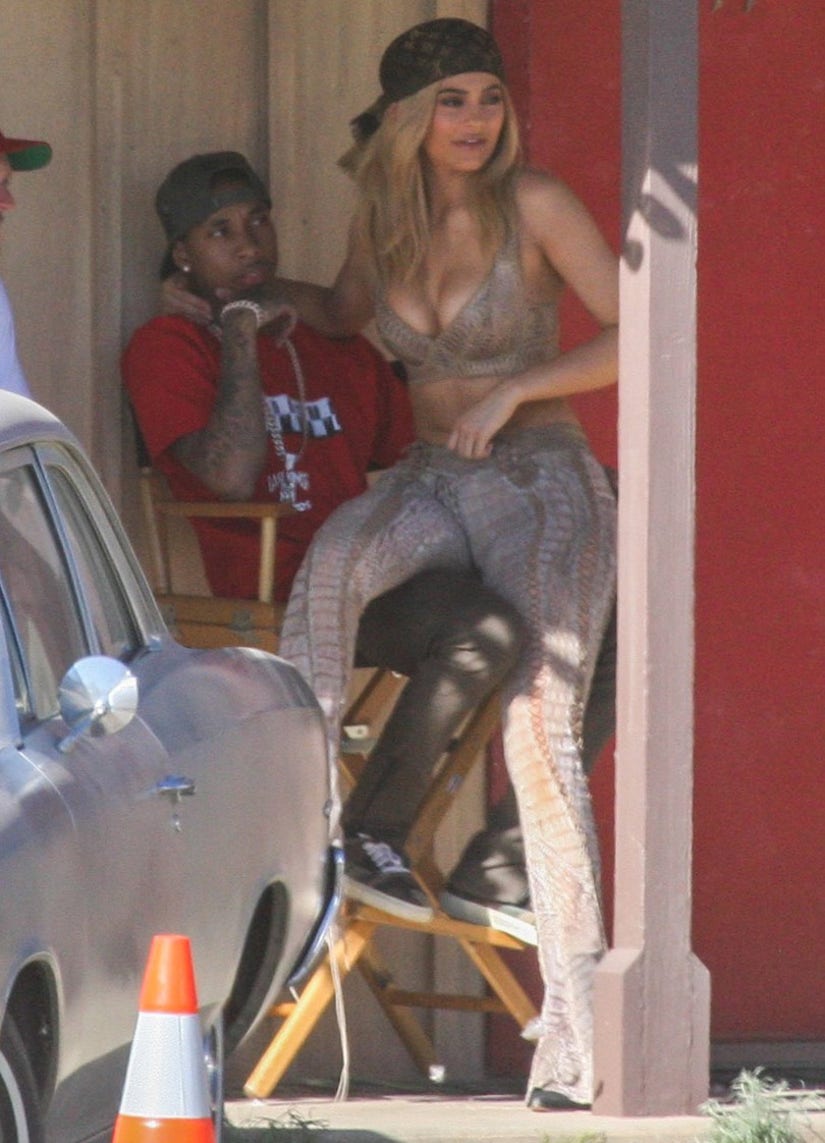 The reality TV star was spotted on the set of a mystery video in Palm Desert over the weekend, pairing her extreme getup with a black, Louis Vuitton head scarf and black heels as she sat on boyfriend Tyga's lap.

Is anyone else getting some serious, "Oops! ... I Did It Again" at the VMAs vibes from this ensemble?

According to the Daily Mail, Kylie was filming something for her incredibly popular lip kit -- could a TV commercial be coming soon? No additional details have been released just yet, but the shoot took place outside a hotel. The 18-year-old and her friends were later seen driving around in a Rolls Royce, throwing money in the air as they sped off.

On Monday, Kylie Cosmetics put another batch of her lip kits on sale ... and broke the Internet doing it.

In one of the teen's Snapchat videos, Kris Jenner can be heard reading an e-mail she received from Google aloud.

"You broke Google Analytics," the momager exclaims. "There's over 200,000 people on the site and it's just too much for Google. You literally broke Google."

Kylie later apologized to her fans who weren't able to pick up her latest makeup release in another Snapchat video.

"I'm really really sorry if you didn't get it," she says. "I wish I could be behind the computer doing technical s—t, but I don't know how."

What do you think of her latest look? Sound off below!