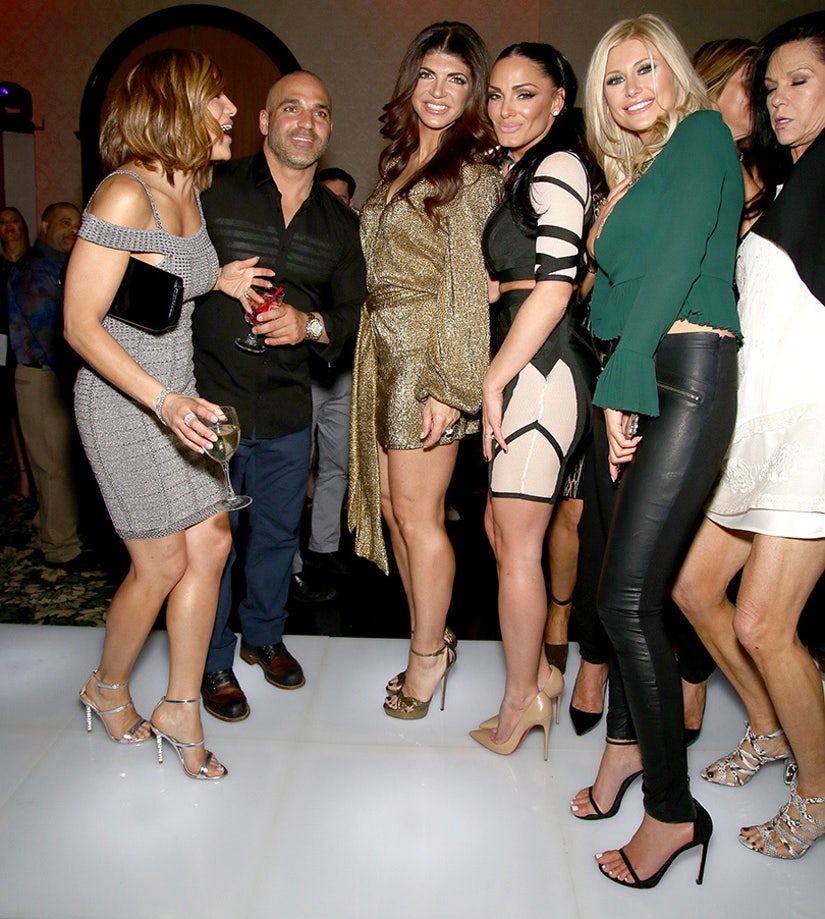 Look at those legs!

The "Real Housewives of New Jersey" star stunned in a shimmery gold mini, which she paired with matching heels and some spot-on hair and makeup.

Despite some bad blood between Teresa and both her brother Joe Gorga and his wife Melissa in the past, it appears these three have really moved on to a much better place. Giudice was seen happily taking photos and chatting with them both all night long.

She also tweeted about her excitement over seeing the show earlier in the day:

"I just want to say thank you so much to all my fans out there. All your love and support means the world to me and my family," Teresa said in a statement yesterday. "It has been a difficult week for us, but we're making it through, thank god. Joe's doing as well as expected. Of course we spoke to him. And I just want to say thank you again from the bottom of my heart for being there, and for all your beautiful tweets. Love, love, love you from my family to yours."

Since getting out, Teresa has reportedly been training to become a yoga instructor.