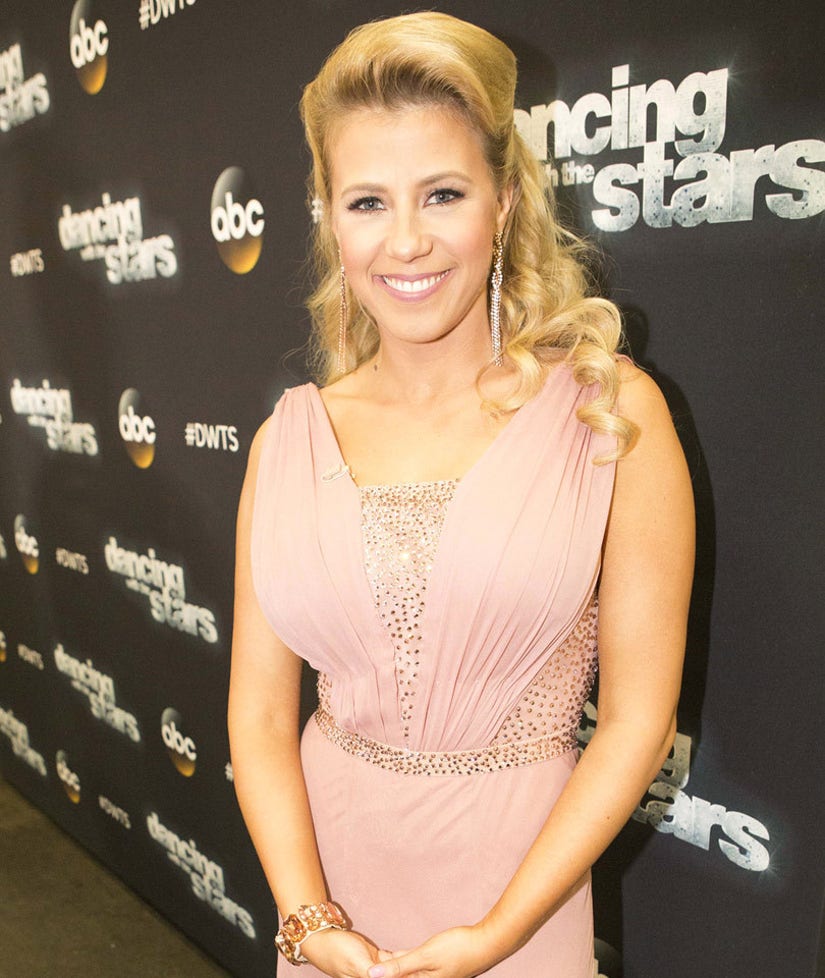 Jodie Sweetin's proud of who she is today.

The "Fuller House" star had an emotional night on Monday's "Dancing With the Stars," where the 34-year-old teared up while opening up about her former drug addiction.

"My most memorable year has been this past year of my life," Sweetin told her dance partner, Keo Motsepe. "Getting to step back in and find my dreams and the thing that I love again."

After wrapping "Full House" back in 1995, the blonde beauty says she found herself in a very "dark place."

"It was a huge shift in my life," she said about ending the show. "Everything I had known from the time I was 5 years old suddenly ended and it was like saying goodbye to a family I had loved very, very much. At such a young age it really was a huge loss for me, I didn't know how to grieve."

"Drugs and alcohol just sort of numbed everything," she continued. "I was doing cocaine and ecstasy and alcohol and all of that. The darkest moments for me weren't necessarily winding up in the hospital or anything like that. It was those quiet moments alone when I just hated the person I had become."

Sweetin -- who has been sober for five years now -- also received a sweet video message during the show from her "Full House" costar Bob Saget.

"She's a great mom because she's been through so much, and with that comes honesty, and the more honest you are with your kids the more you can be real with them,” Saget said. "I think her biggest accomplishment is that she's just incredibly real. And that's one of the things I love the most about her."

What do you think about the actress' candid comments? Sound off below and check out the video above to see Jodie's emotional dance!