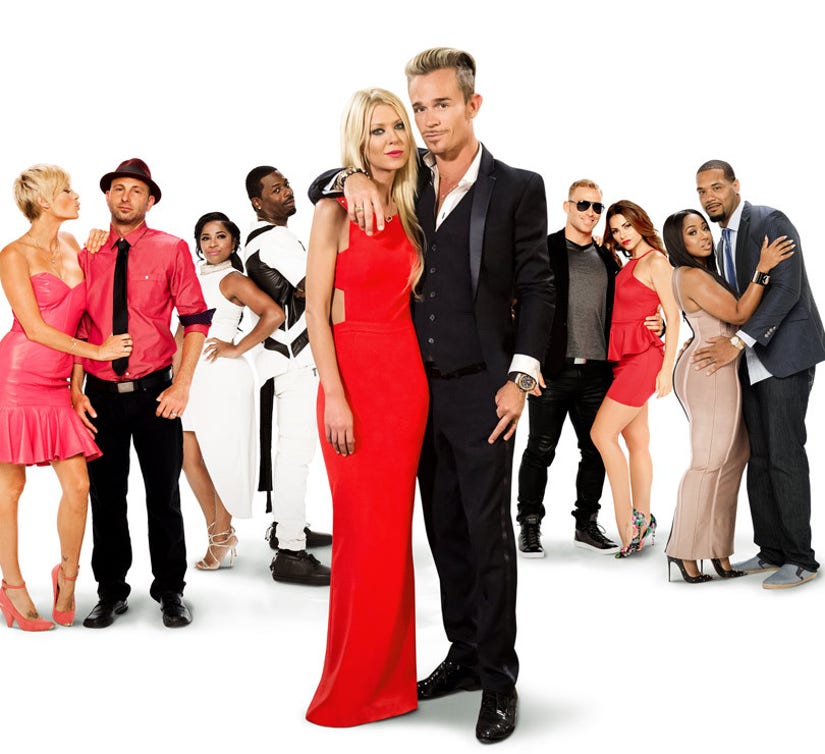 The "American Pie" star is returning to reality TV for the new season of "Marriage Boot Camp: Reality Stars," which sees her starting some major drama with partner in crime Dean May. It's unclear what the state of their relationship actually is, as we've never seen them talked about romantically before, but there are definitely some fireworks in the new sneak peek!

The two are introduced as "The Hollywood wild child and her party boy" -- and are both seen getting crazy by dancing on tables for their castmates.

Later, she's seen yelling, "You cheated, that's a fact," before asking the cameras if they can "leave us for a second."

Near the end of the promo, a crazed Reid screams, "Does anyone want a shot of tequila? Shut the f--k up!"

Yeah, it's going to be a good season.

According to a press release, the pairs will "undergo extreme relationship counseling to decide if their unions are worth saving. Husband and wife duo Jim & Elizabeth Carroll oversee the couples' journeys and push them to the brink with physically, mentally and emotionally draining exercises."