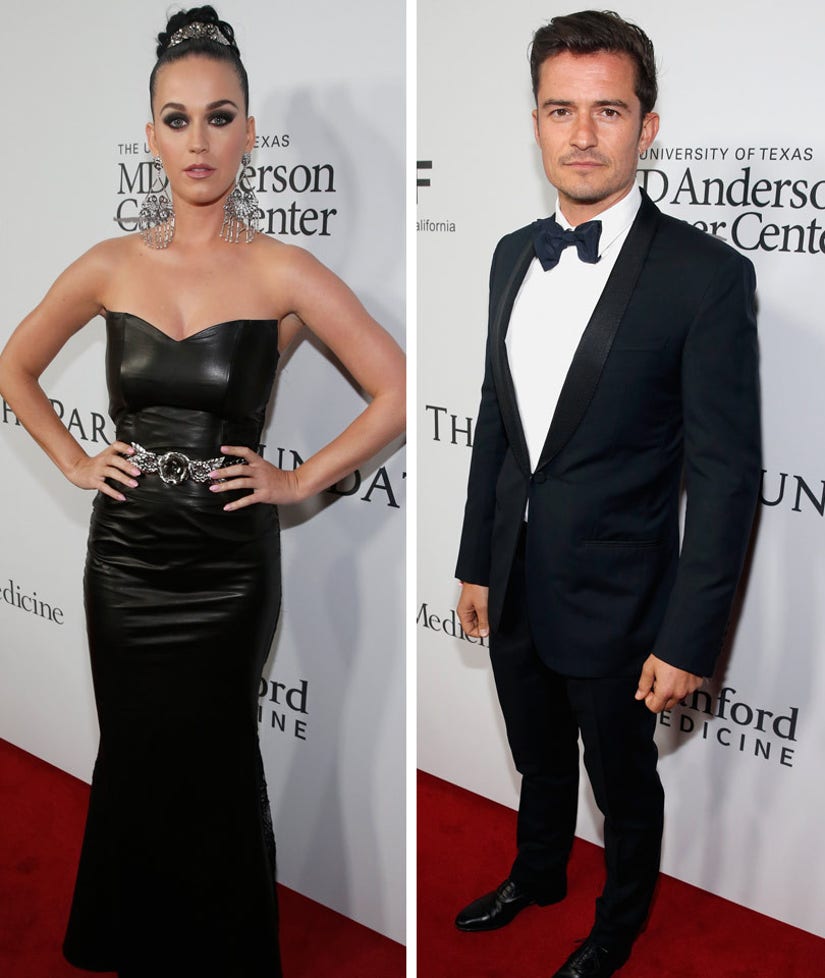 Katy Perry and Orlando Bloom made their red carpet debut at the launch of the Parker Institute for Cancer Immunotherapy in Los Angeles on Wednesday night ... well, not exactly.

The rumored couple posed for pictures separately, but they reportedly were snapped packing on the PDA inside the star-studded bash.

The "Roar" singer stole the spotlight from her date, showcasing her killer curves in a cleavage-baring strapless leather dress that featured sheer lace running down each side. She completed her show-stopping ensemble with a jeweled belt, a matching hairpiece and silver and pearl chandelier earrings.

Meanwhile, Bloom looked dapper as ever in a classic black tuxedo, complete with a black bowtie.

Perry clearly ditched her underwear for the night -- we can see why Orlando couldn't keep his hands off her! 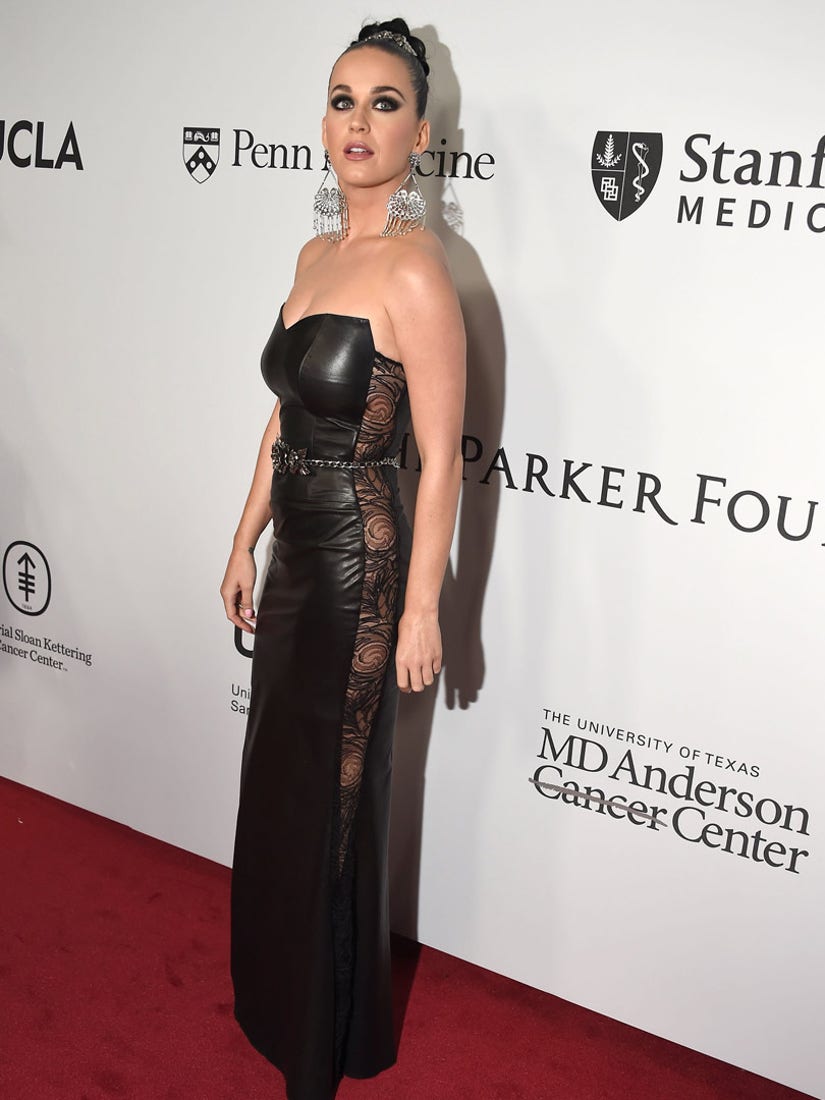 Orlando and Katy's rumored romance started at the Weinstein Co. and Netflix Golden Globes afterparty in January. They also were caught leaving producer Aleen Keshishian's birthday bash in February. More recently, the pair was spotted vacationing together in Hawaii.

Sounds like their romance is really heating up, right?!

Bloom, who shares a son with ex-wife Miranda Kerr, was last spotted out with Scott Disick's ex, Chloe Bartoli, in September. He also was linked to Selena Gomez after she posted this special birthday message. Meanwhile, Perry hung out with ex-boyfriend John Mayer before New Year's Eve.

Do you think these two are in it for the long haul? Sound off with your predictions below.