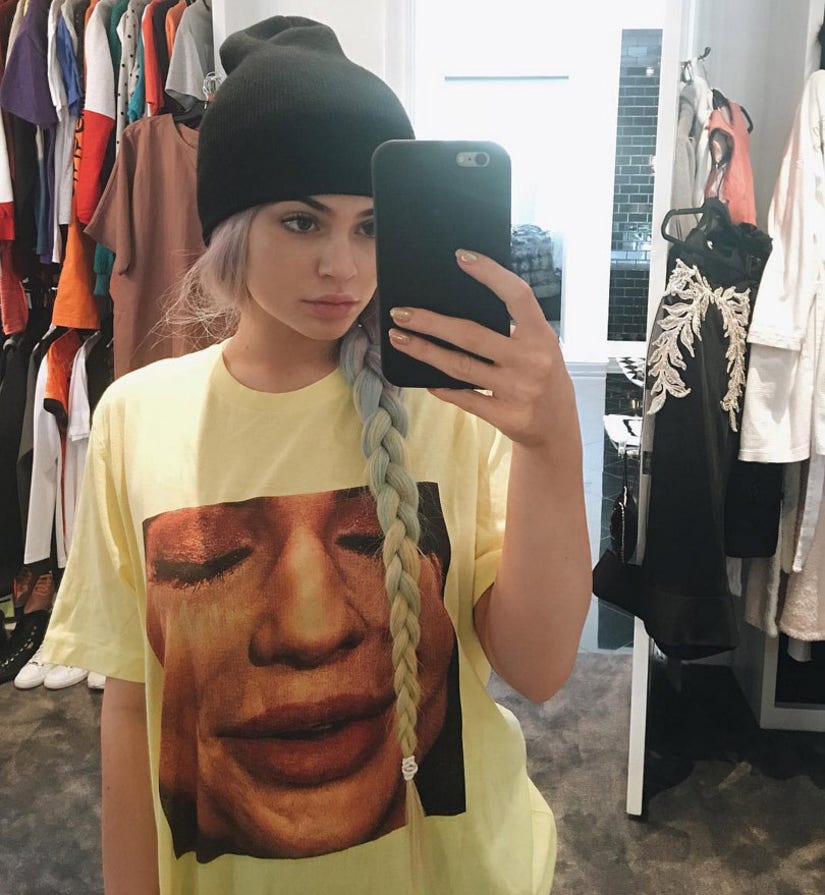 After Mrs. Kanye West was snapped wearing a leather jacket with her face painted on it, her younger sis went one step further and wore an unflattering picture of herself.

The 18-year-old trendsetter took to Instagram to show off her favorite new tee, which is a yellow crew-neck with a close-up of the reality star's famously plump pout.

She didn't include a caption with the post, but her blank expression proves that she doesn't care what people think.

The Kylie Cosmetics founder recently admitted that she isn't bothered by critics on social media.

"Honestly, I feel like at this point I've gotten so numb to it. I still do my thing and people still love me and my lip kits are still selling out and 10,000 people still come to my appearances, so I don't think it's about the negative comments, it's about turning it around and being able to come out on top," she told Ad Week in its April issue. "I feel like the more people who love you, there's going to be more people who hate you. It doesn't really affect me." 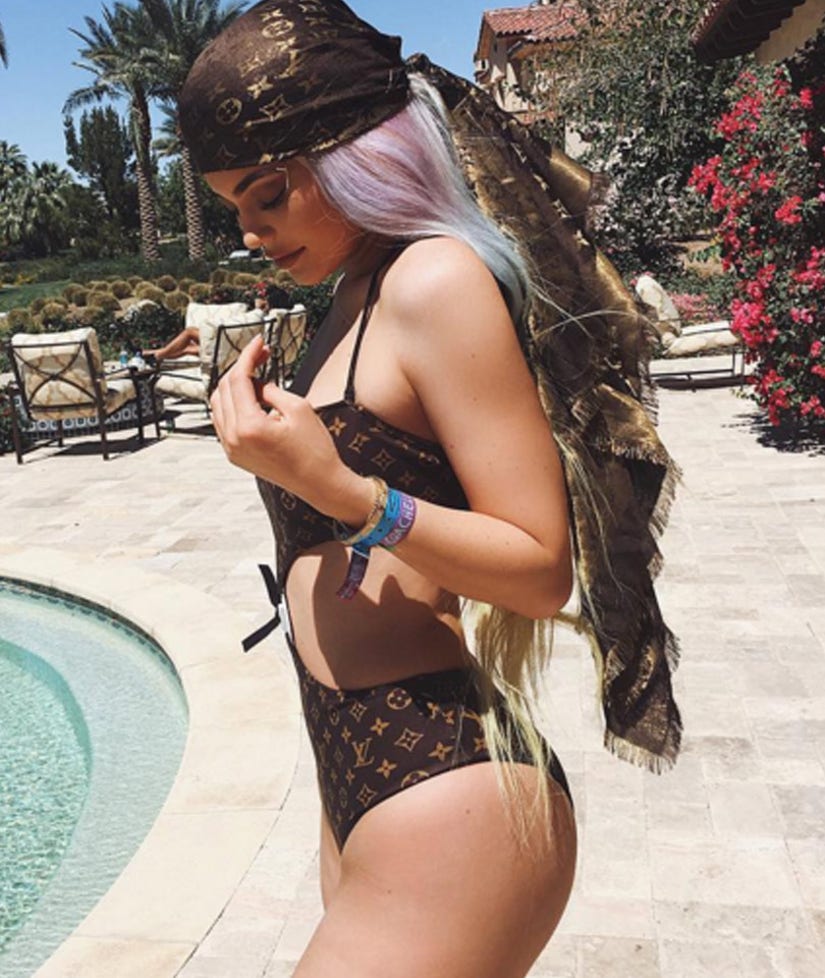 Despite constantly sharing snippets of her life on social media, Jenner claims there is a lot more to her than what you see in her posts.

"You can't really tell who a person is from, like, an eight-second Snapchat video or an Instagram," she declared. "I only post on Instagram or Snapchat what I want people to see, you know? But there's a whole other side to me that people don't know."

"I feel like people want to see me have a cool hair color and dress a certain way and have pretty makeup and heels," she added. "If they were to see me in public, they would expect me to look like that. It's also fun for me, dressing up. That's always been me, since day one, but it's also exhausting for everyday life."

What do you think of her latest look? Sound off below!