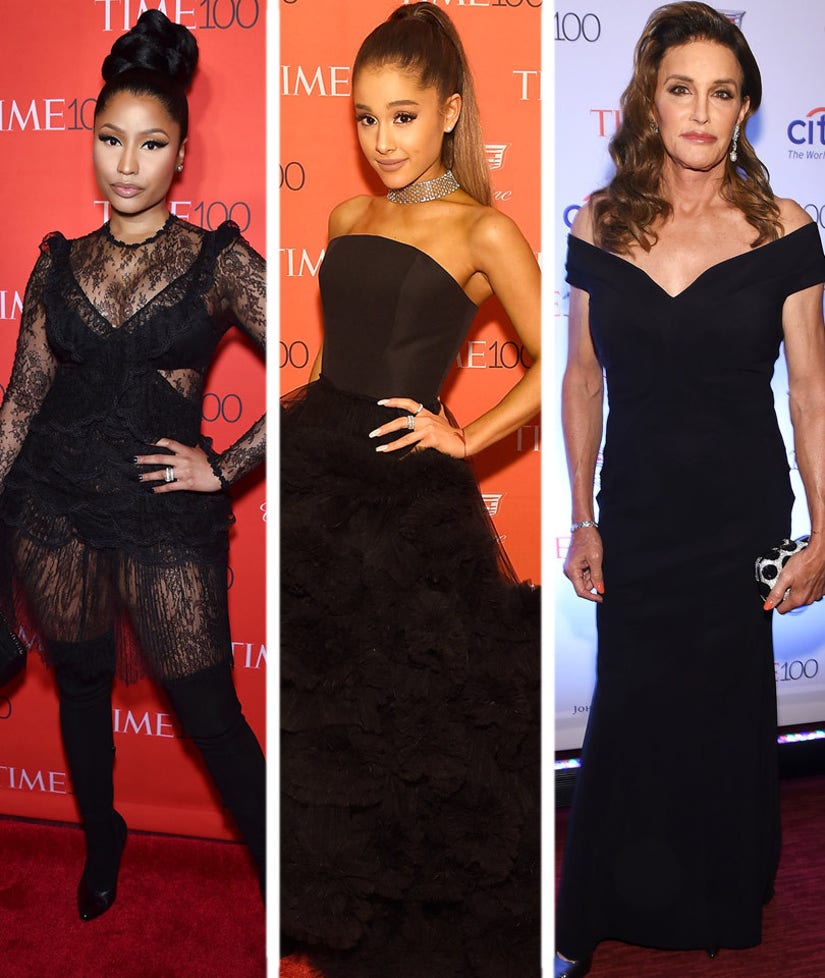 Nicki Minaj knows how to make a statement on the red carpet!

The rapper showed some serious skin to celebrate her 2016 Time Most Influential People honor at the Time 100 Gala on Tuesday night in New York City, sporting a cleavage and leg-baring sheer mini with thigh-high black boots.

She created even more buzz when she hit the stage at the star-studded event, performing songs including "The Crying Game," "Truffle Butter," "Moment 4 Life" and "Feeling Myself."

"I'm very political and I would like to dedicate a song in the spirit of unity to Joe Biden and Donald Trump," she said as the music started. At the end she asked, "Who do you think likes the biggest butts?Donald Trump or Joe Biden? Trump?"

While Minaj was tough to top, Ariana Grande also took the stage to sing "Dangerous Woman" and "Leave Me Lonely."

She went full-on glam on the red carpet in a black tiered gown with a dramatic train, which she paired with a diamond choker and her signature ponytail.

Another star to turn heads was Caitlyn Jenner, who kept it classic in a black off-the-shoulder gown, black pumps and side-swept waves.

Click through the gallery at the top to see all the stars at the event, including Karlie Kloss, Melissa McCarthy, Julia Louis-Dreyfus and many more!