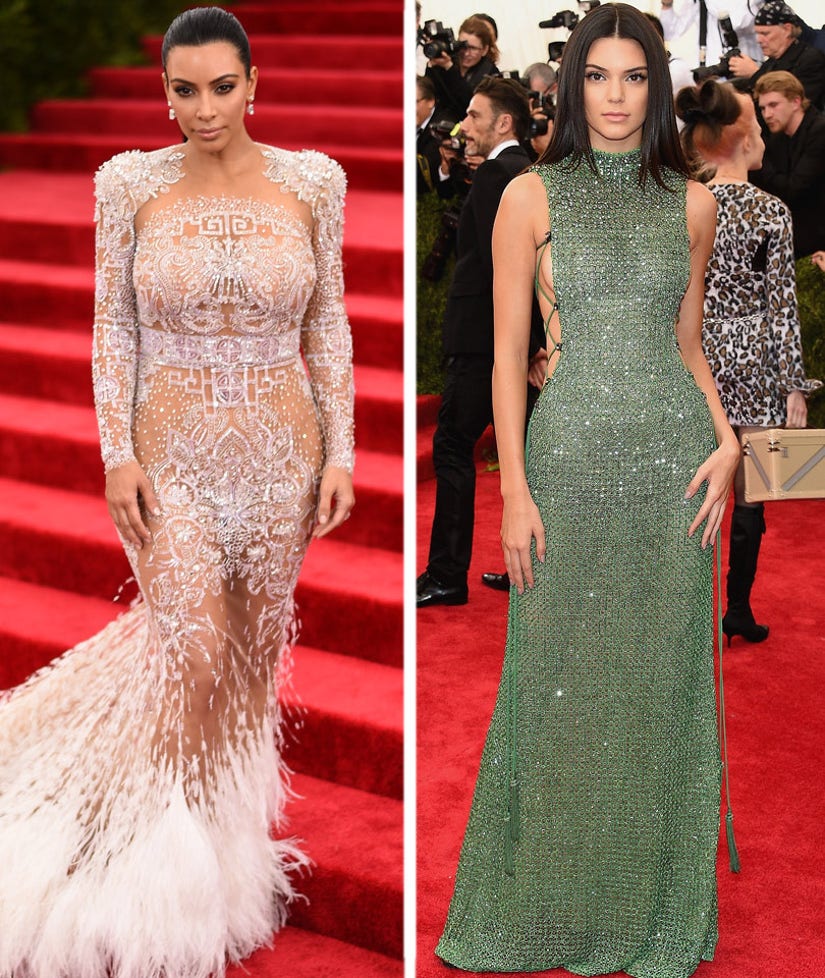 Anna Wintour's Met Gala has always had a reputation for attracting the créme de la créme of showbiz personalities. After all, it's known as fashion's Oscars for a reason.

And on Friday, in preparation for the big event on May 2nd, Vogue released a video filmed during this year's New York Fashion Week, providing us with a behind-the-scenes look at how Kim Kardashian and Kendall Jenner are getting ready for the big event.

Kendall, at that point, had been flinging herself from runway to runway as if her life depended on it, and 35-year-old Kim was still recuperating from giving birth to her son Saint West, just two months before.

"I've been so good on my diet this entire New York trip," Kim assures herself. "I have 35 more pounds to go. My goal is the Met Ball, to be at my goal weight - who are you going with?" she asks, suddenly shifting the attention to her sis.

"I'm not sure yet," Kendall divulges. "I have options."

Both sisters start to laugh, at which point Kim reveals she's starting to pick up her mother, Kris Jenner's, signature giggle. "And we should actually use our Met picture up the stairs as our family Christmas card," she continues, "since we never have time anymore to take photos."

This sends the sisters off into a spiral of memories. "Kanye used to Photoshop himself into our Christmas cards," Kim recalls.

Check out the clip to hear more about his "stick figures!"

Well, so at least at some point, Kanye has suffered from the FOMO we'll have when we see those Met Gala photos Monday night.

Whose Met Gala look are you most excited to see this year? Let us know in the comments!