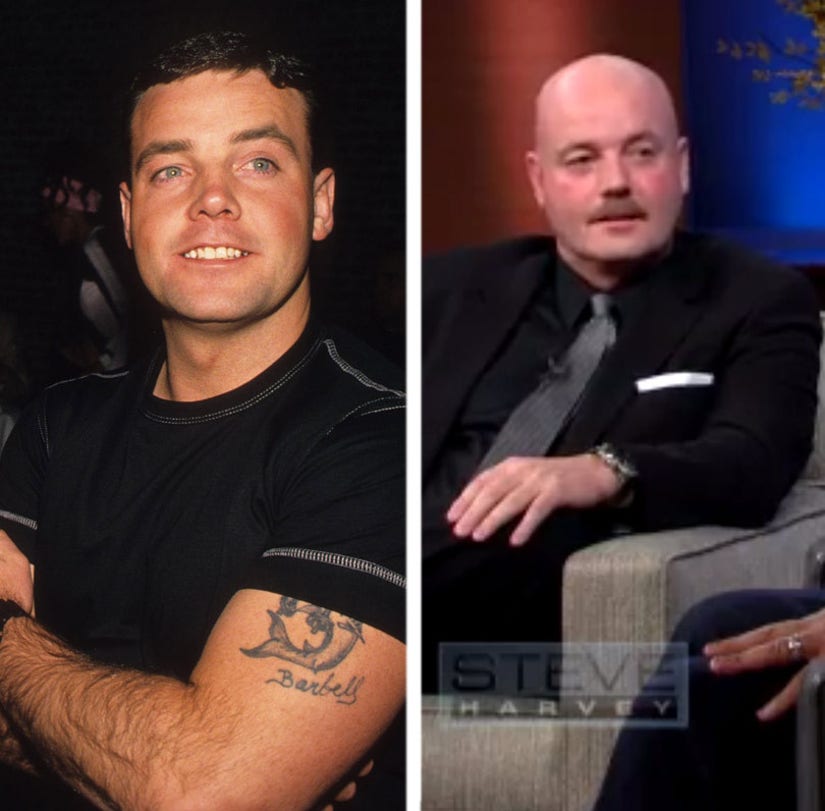 23 years ago next month, John Wayne Bobbitt woke up to quite a shock: his then-wife, Lorena Bobbitt, had sliced off his penis with a kitchen knife.

Back in 1993, the Bobbitts made headlines due to the absolutely insane circumstances surrounding the situation. Lorena accused her husband of physical and sexual abuse. Her husband's penis was reattached and she was acquitted of all criminal charges, the jury labeling her temporarily insane due to abuse and mental illness.

Surprising no one, the two split shortly afterwards.

After Lorena appeared on "The Steve Harvey Show" late last year, John's getting in on the action for the series' "Where Are They Now?" week.

On Thursday's show, the now-48-year-old refutes claims his ex-wife made, saying he was never abusive during their marriage.

"None of that's true. I was never an alcoholic. I was never abusive," he tells Harvey. "No one that knows me can tell you I was ever abusive. I don't believe in violence. She is the one who was violent. She stabbed me with a fork, she tried to run me over with a car, punch me in the face because we couldn't get in a club. I got tired of it."

He also reveals he was nervous whether his member would work again after doctors reattached it. Three days into recovery, he says he got a "partial erection," news he just had to relay to his own mother right away!

"I called my mom. I called the hotel where my parents were and said "Mom, I got an erection,'" Bobbitt tells the talk show host.

When asked if everything's going A.O.K. these days, Bobbitt says, "Everything's working fine. I think I need a reduction!"

Check out the gallery above to see what Lorena looks like these days, plus fellow '90s scandal stars like the Menendez Brothers, Tonya Harding and more!