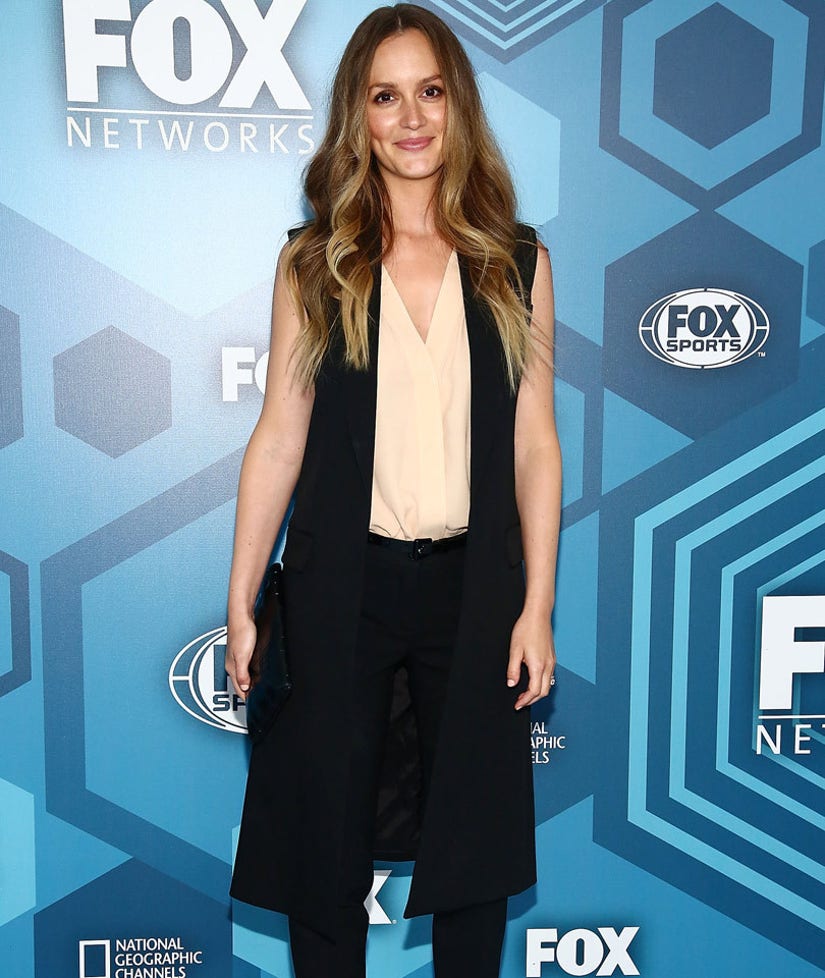 It's been over a year since we've seen Leighton Meester on the red carpet, and she hasn't missed a beat!

The "Gossip Girl" alum stepped out at the 2016 Fox Upfront in New York City on Monday, rocking a pair of black pants with a white blouse, long vest and matching stilettos.

The actress has been keeping a low profile since she welcomed her first child with husband Adam Brody in September of last year.

The happy baby news came as a shock to fans, who found out after they caught a glimpse of the mama-to-be sporting a huge baby bump.

Next up, Meester will make her return to television in "Making History," a new time travel comedy starring "The Mindy Project's" Adam Pally and Yassir Lester.

Pally and Lester will play a pair of friends from 2016 who travel to various historical periods in time, trying to keep American history on its course while balancing "the thrill of time travel with the mundane concerns of their everyday life," according to Fox. Leighton is set to take on the role of Deborah, a rebellious colonial woman.

This is definitely different from Blair Waldorf, right?!

Check out the first trailer for her new show below to see her in action.